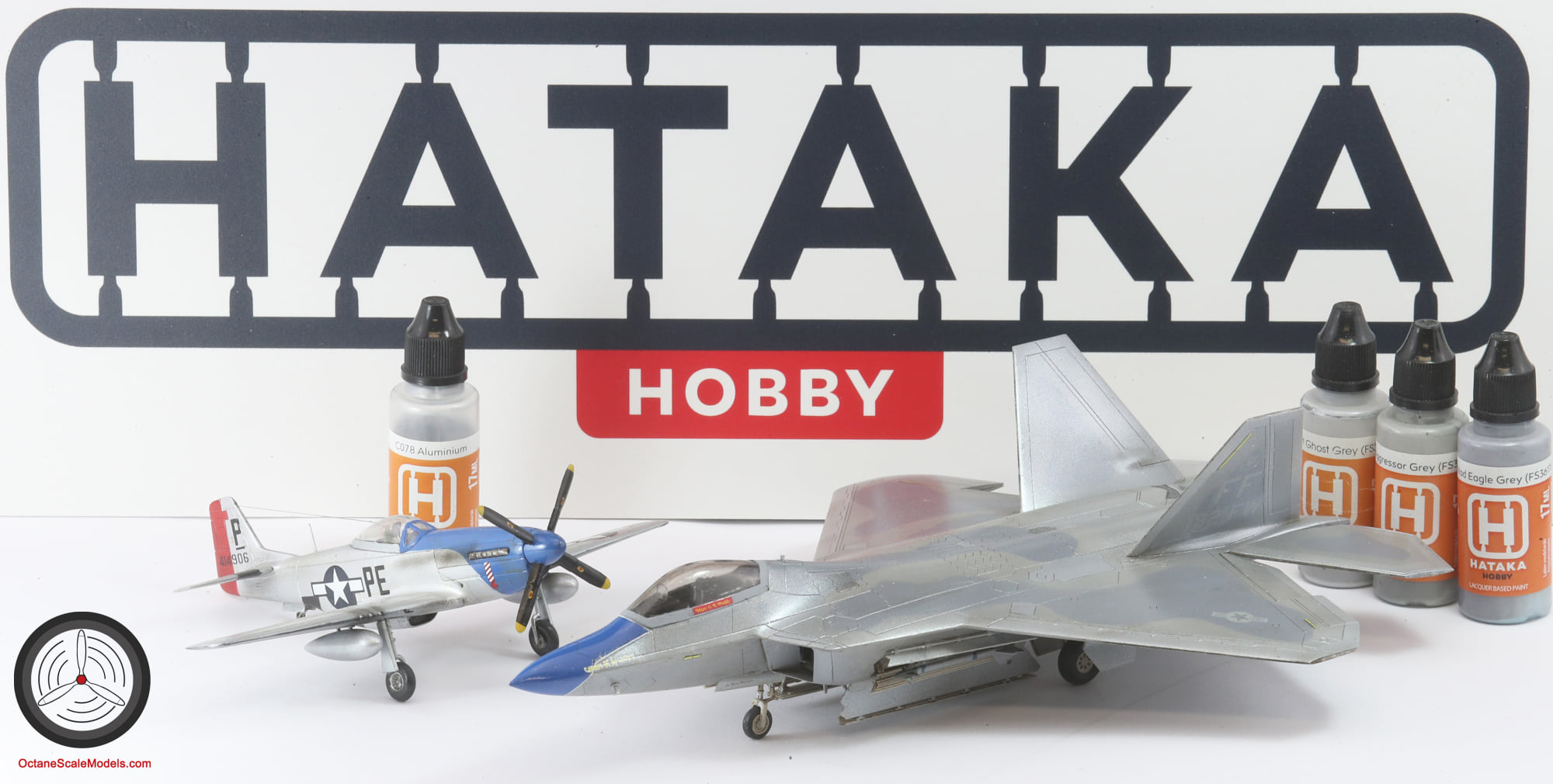 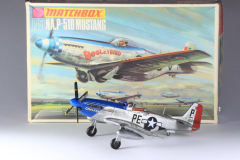 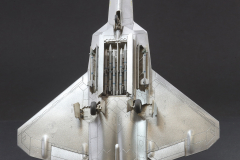 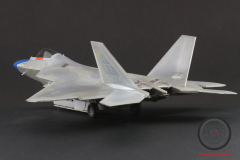 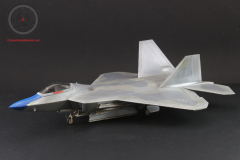 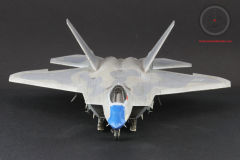 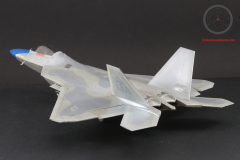 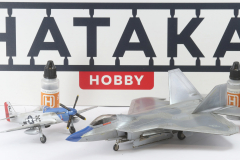 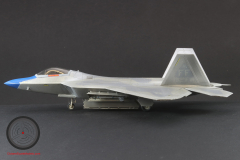 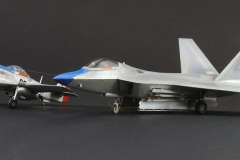 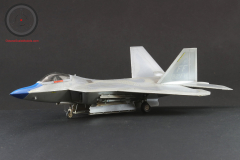 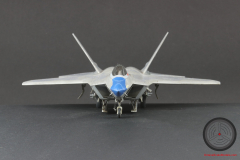 This is a straight out of box build with just an aftermarket decal sheet added.
The HobbyBoss kit (80210) like so many of their products is a nice easy build with an end result that whilst not class leading, is still produces a nicely detailed end model. (Even if to my mind the real aircraft fell out of an ugly tree and hit every branch on the way down).
The decals come from WolfPak in the USA (RIP Michael Bilas) and represent the show aircraft of the 192nd Fighter Wing, 149th Fighter Squadron of the Virginia Air National Guard painted to honour the 328th Fighter Squadron’s blue nosed aircraft of WWII (The Blue Nosed Bastards of Bodney) which was renamed the 149thFS after the WWII. The colour I used for the noses is Vallejo’s 70.965 – FS35052
It doesn’t appear that the F-22 ever actually flew in this livery, just being used a backdrop for the annual joint Maintenance Professional of the Year Award Banquet, held in conjunction with Langley’s active duty 1st Fighter Wing on 12 March 2010.
The paints are Hataka Orange Line lacquers of Aggressor Gray and Mod Eagle Gray with Light Ghost Gray leading edges, but with an overspray of Vallejo metallic medium to give the shine imparted the real aircraft’s stealth paintwork.
The P-51D Mustang is an old Matchbox kit (PK-13 from 1974!) painted in the livery of Major George E “Ratsy” Preddy Jr. (CO of 328th Fighter Squadron) who was America’s 8th highest scoring ace with 26.83 enemy air-to-air kills (a number that includes shared one-half- and one-third-victory credits). He was killed Christmas day 1944 when shot down by friendly AA fire over Belgium.