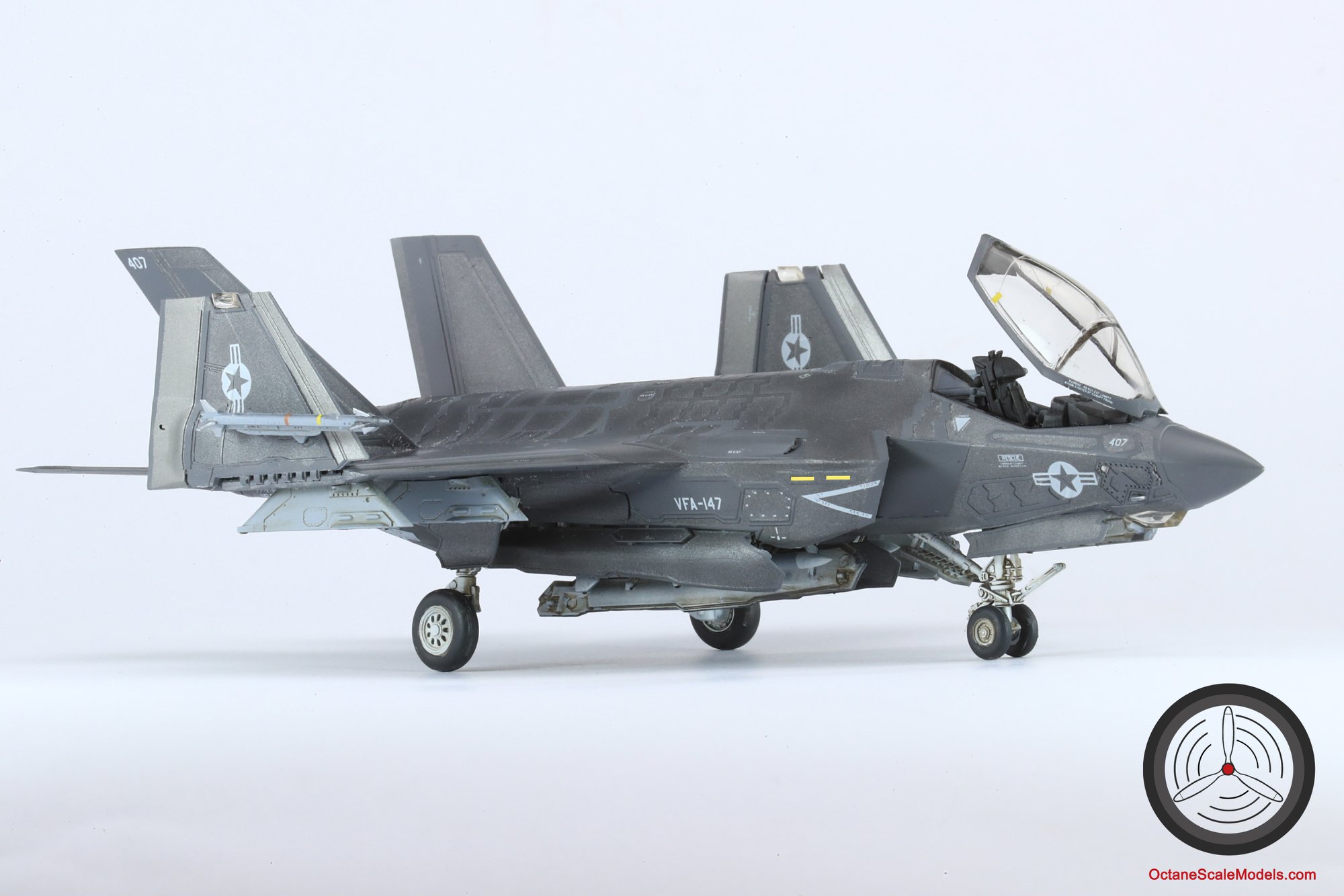 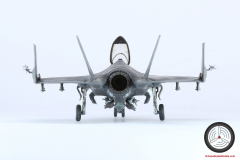 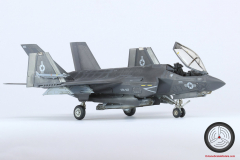 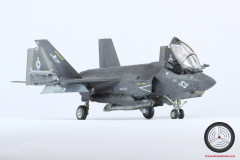 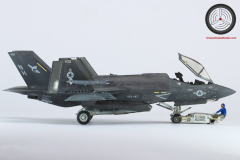 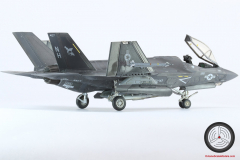 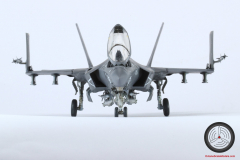 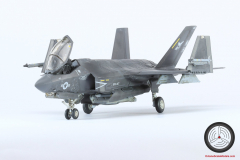 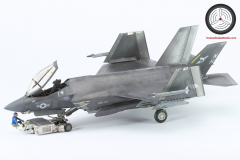 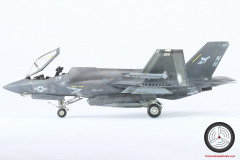 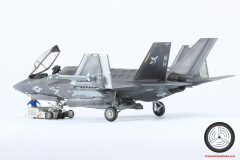 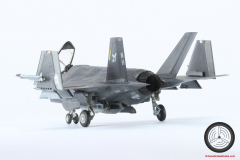 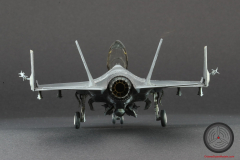 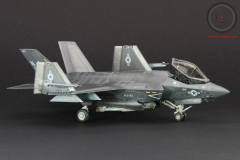 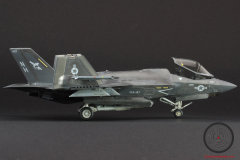 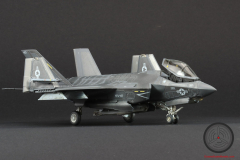 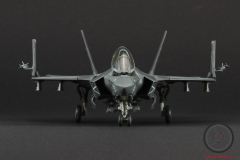 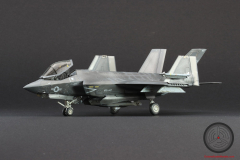 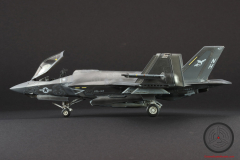 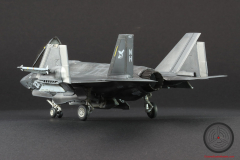 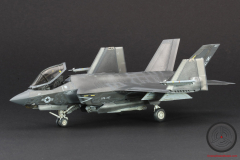 This aircraft was the 1st F-35C to be assigned to an operational squadron. On 3rd October 2018 VFA-147 “Argonauts” announced they had received their 1st F-35C, delivered from Lockheed Martin 30 November 2016, 169305 was the 31st F-35C built and had previously been on the roll of VFA-101 “Grim Reapers” which was designated a fleet replenishment unit.


VFA-147 completed their carrier qualifications on 12th December 2018, the final milestone for the award of their SFFOC (Safe For Flight Operations Certificate). The kit built extremely well, it’s just a pity I cant find a company that stocks them in Europe! There is a boxing that comes with a USN hangar deck tractor but there is another boxing around that has a pair of resin AGM-158C instead. The decals that come with the boxing that includes the tractor allow F-35C CF-03 or CF-05 to be built with decal options from the VFA-101 “Grim Reapers” (high vis), the later boxing includes the decals used on this model from VFA-147 or VFA-125 “Rough Raiders”