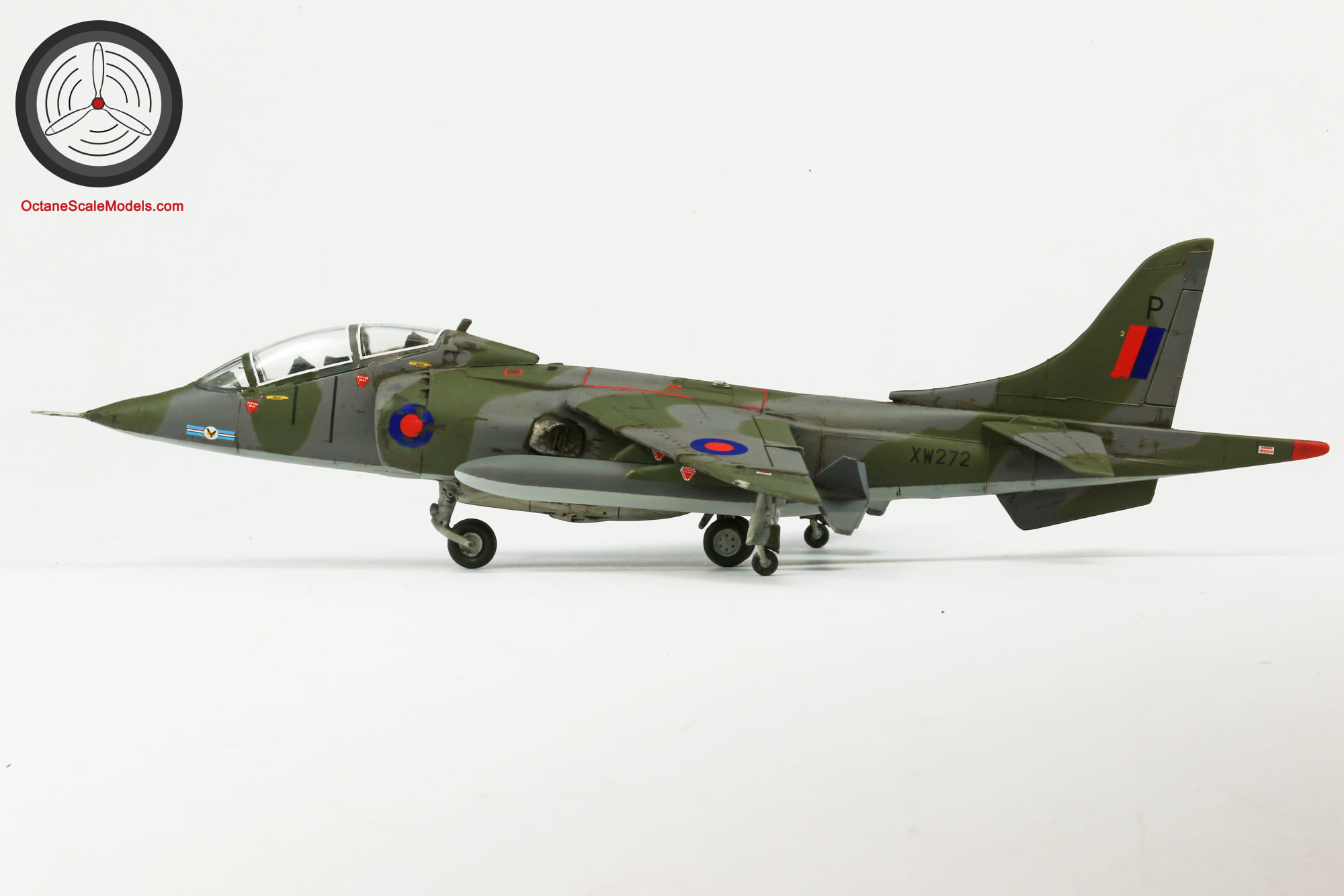 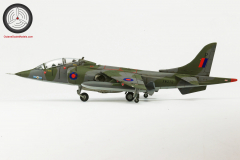 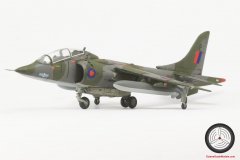 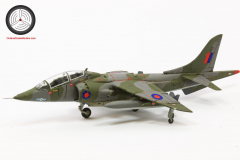 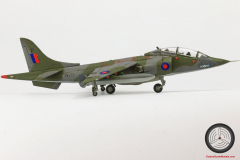 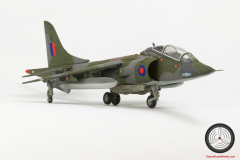 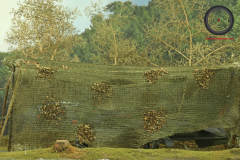 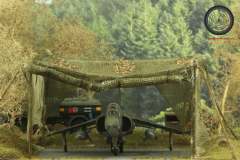 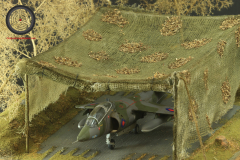 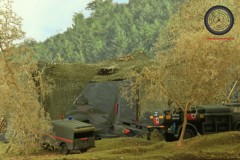 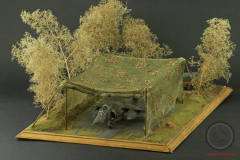 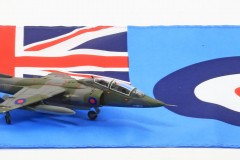 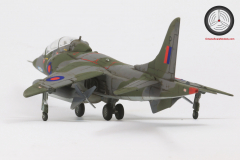 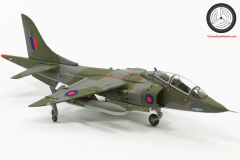 The model is based the 1985 boxing of the Heller Bobcat T4 but backdated to the earlier T2 specification. The kit itself seems to have been developed as a T2 (although i can’t see any details about if it was ever issued). From the box the kit has the later laser designator nose and tail mounted RWR receiver, BUT has the tall tail that was superseded prior to the laser nose being introduced…. I removed the nose and transplanted an early nose from a new tooling Airfix kit and removed the RWR fairing from the tail.

Interestingly the kit also features the rarely used extended “ferry wing tips”, to match these I pulled a pair of ferry tanks from an old tooling Airfix GR3 (adding a couple of fins as the Airfix tanks only have 2…).

Luckily I found a couple of photos online of a T2 with the extended wingtips and ferry tanks. This was XW272 “P” and carried the squadron crest of 20Sqn on the nose although it was actually in use by 3Sqn at the time en route down to Cyprus from Germany.

The decals are a decal box dive special with the serials assembled letter by letter. Paint is as my usual Orange Line lacquers from Hataka.

The Harrier hide is a vac-form made by Amera Mouldings