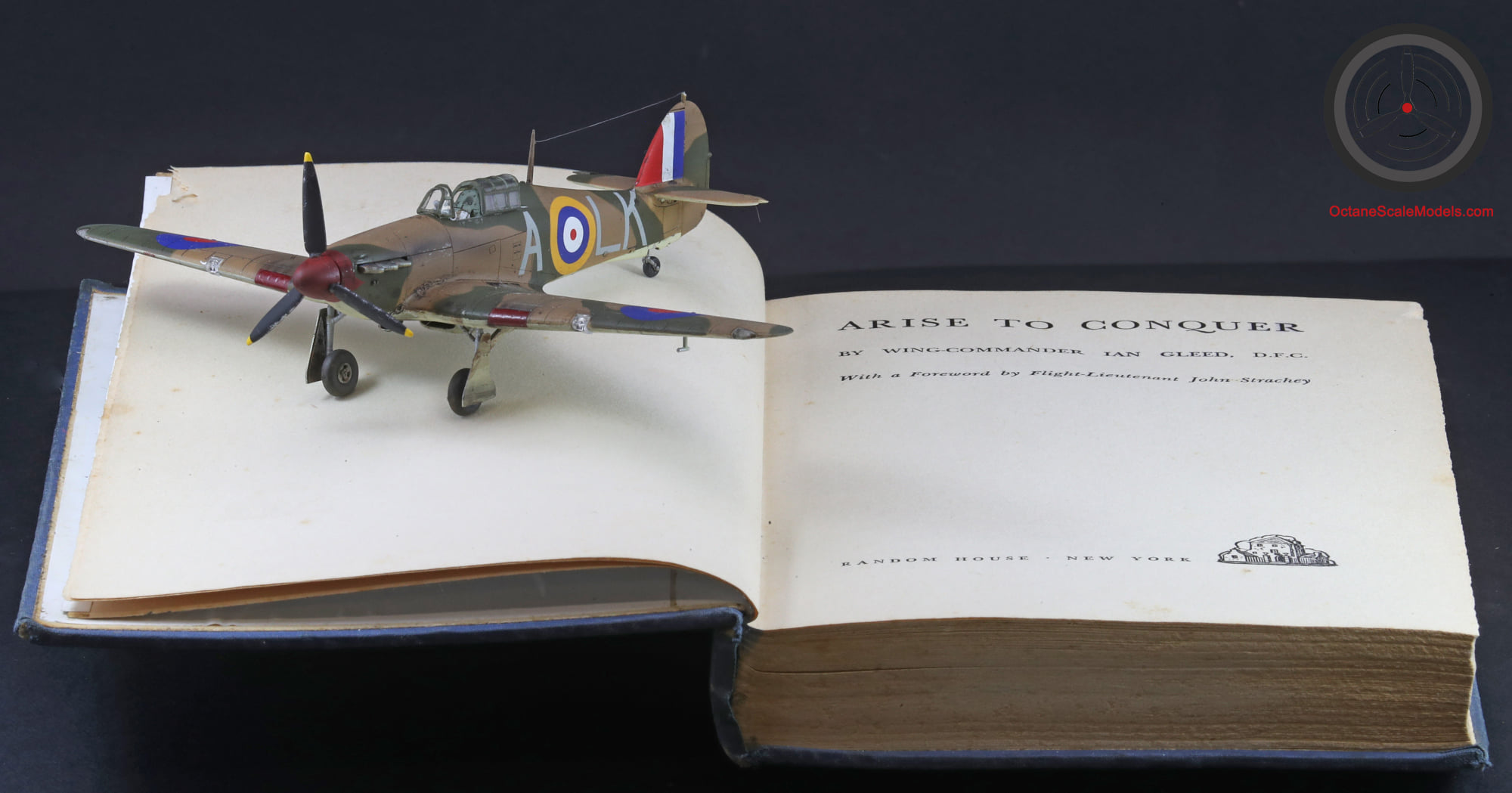 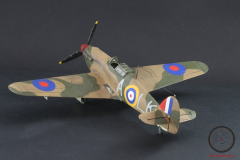 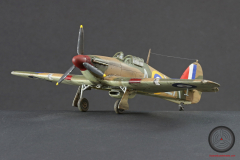 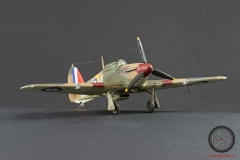 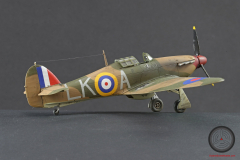 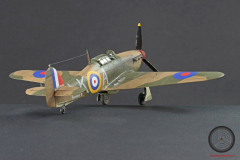 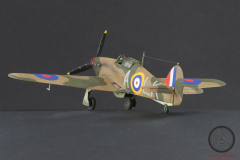 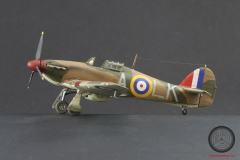 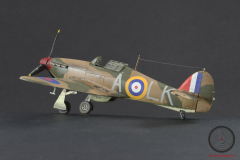 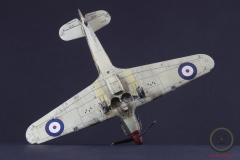 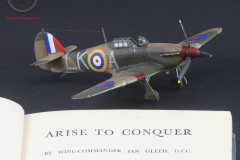 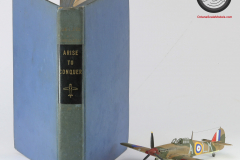 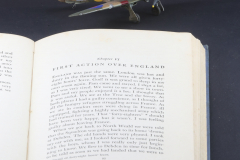 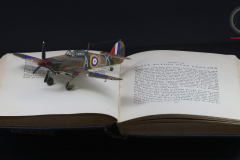 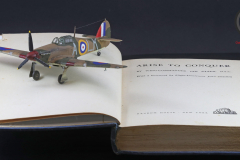 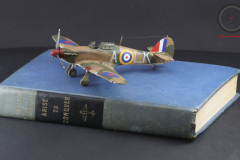 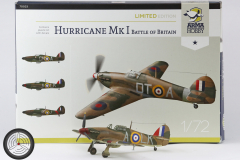 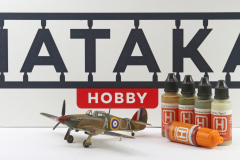 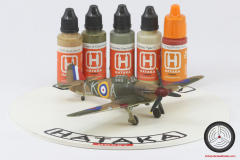 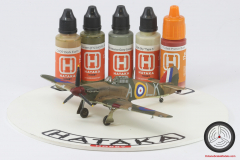 Ian Gleed
Ian “Widge” Gleed joined the RAF in 1936 when already qualified as a civilian pilot; after receiving his commission he joined 46Sqn flying Gloster Gauntlets. At the outbreak of war he was sent to 266Sqn as a flight commander, first flying the Fairy Battle and then the Spitfire Mk.I from December 1939. “Widge” was said to refer to his habit of using Wizard as his favourite adjective and his “Midget” stature, he was 5ft 6. Sent to 87Sqn flying Hurricanes as a replacement pilot during the Battle of France, he made ace within 2 days of his arrival.
Fellow 87Sqn pilot Roland Beumont had the follow to say about him
“Gleed was one of our replacement pilots and he came out from the UK to tell us exactly how to run the war – all 5ft 6ins of him! He was immediately as good as his word and tore into the enemy on every conceivable occasion with apparent delight and entire lack of concern. His spirit was exactly what was needed to bolster up the somewhat stunned survivors of the week following 10 May. That is not to say that 87 Squadron’s morale was not extremely high, but The Widge somehow managed to raise it further.”
After return to the UK in the aftermath of the fall of France, 87Sqn was sent firstly to RAF Church Fenton in Yorkshire and then in April 1940 down to RAF Exeter where it was tasked with the air defence of Bristol and night interceptions. Ian Gleed took command of the Sqn December that year.
In November 1941 Ian Gleed was promoted to Wing Commander and assign to RAF Bentley Priory, HQ Fighter Command, as Wing Commander Tactics and subsequently Wing Commander Operations.
Sitting at a desk job did not suit his personality and he arranged a transfer back to an active squadron in January 1943 when he was posted to North Africa where he took command of 244 Wing. He claimed his final (and 13th) victory there on 17th March flying a Spitfire Vb. He was lost along with his wingman on 16th April during Operation Flax, a series of fighter sweeps aimed at intercepting Axis transport aircraft evacuating personnel.
During this time Ian Gleed wrote a semi-fictional biography of his exploits entitled “Arise to Conquer”. In this his editor asked for the inclusion of a fictitious fiancée, “Pam”, to counter his reputation of a “confirmed bachelor” (to use the euphemistic parlance of the era).
The Kit
This is a build straight from box of Arma Hobby Model Kits‘ Battle of Britain boxing of their 1:72 Hurricane Mk.I. This actually comes with 4 different sets of markings (of which Ian Gleed is one) and 2 full sets of stencils to enable some of the schemes to be used on another tin wing Hurricane I in the stash

.
The kit has been reviewed many times already and is superb, a little tricky to get all the detail into the cockpit and closed up, but if you are careful to remove ALL traces of sprue gates then there should be few dramas. In my opinion this is still the nicest 1:72 Mk.I tinwing out there.
The roundels on the fuselage and upper wings are a little brighter than most kits show but this is actually a good representation of Gloster built Hurricanes (of which this was one) that were supplied from the factory using older brighter shades for the national markings.
I have painted this as usual in my go to paints of preference, Hataka Orange Line lacquers.