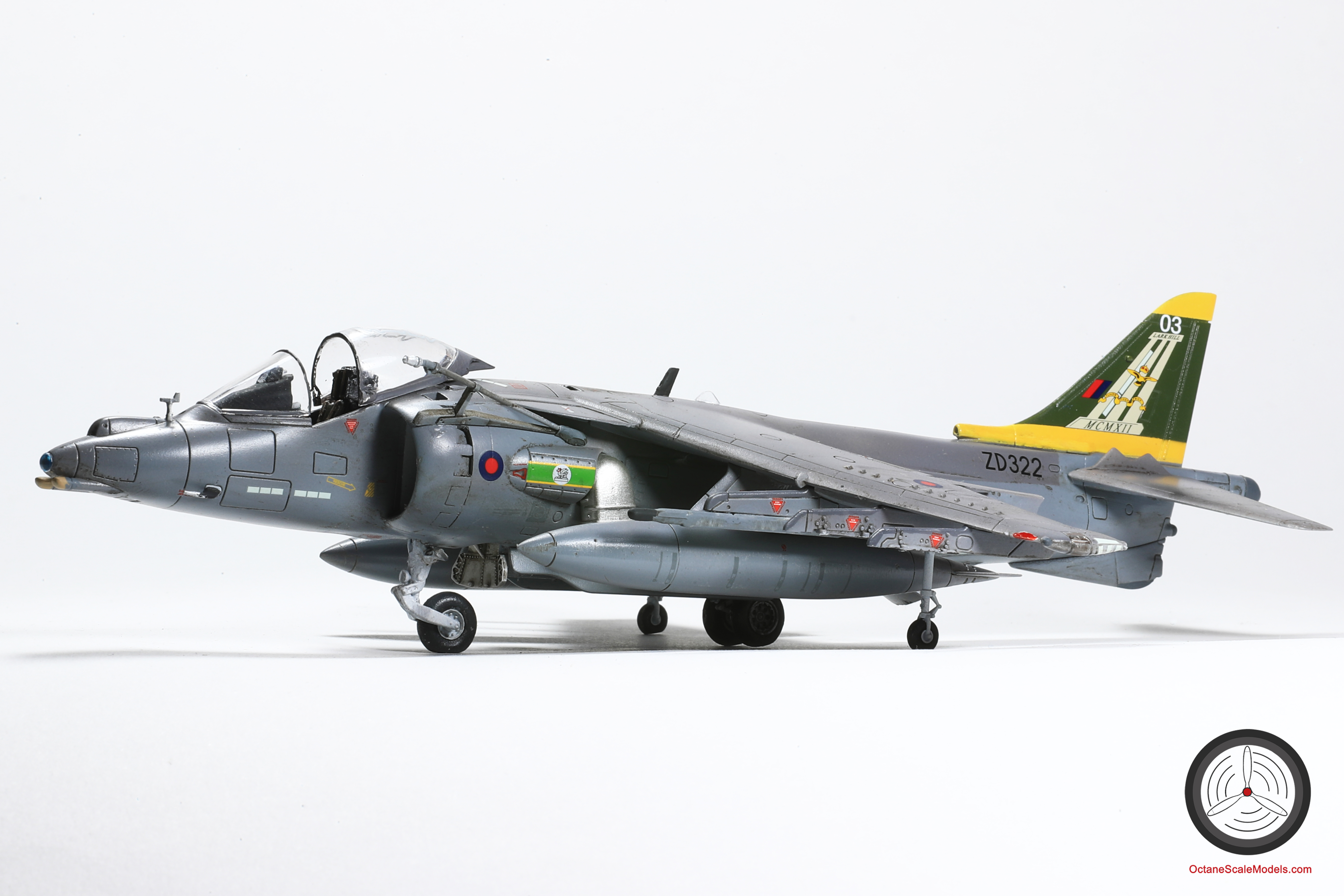 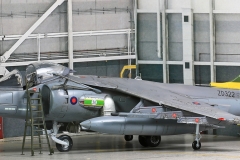 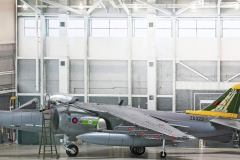 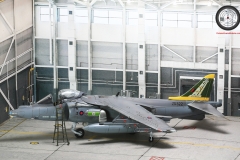 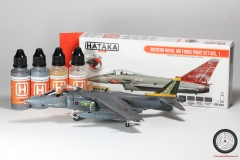 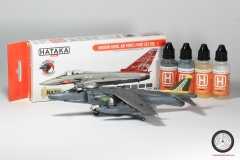 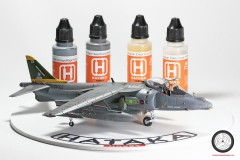 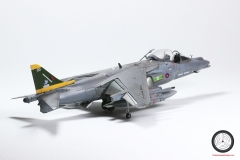 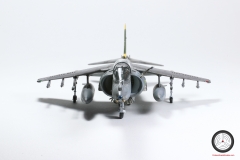 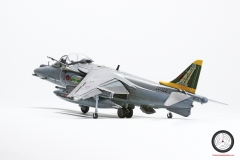 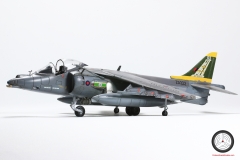 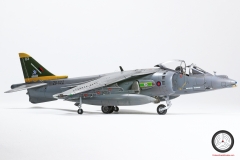 ZD322 was 1st flown on 11 March 1987 as a Harrier GR5 and delivered to the RAF 4 October 1988 directly to 3 Sqn. She was subsequently upgraded to GR7 specification and in 2002 was painted in the scheme seen here to celebrate 3 Sqn’s 90 anniversary.

After a brief spell assigned to 20 Sqn the airframe was upgraded to GR9A specification, ZD322 then reappeared as a 1 sqn aircraft (3 Sqn having to transferred to the Eurofighter Typhoon) and subsequently served in Afghanistan as part of Operation Herrick before returning to RAF Cottesmore.

Like many of the remaining Harrier fleet she was withdrawn from service on 1 November 2010 and sold to the USMC in December 2011 for spares recovery to keep their own fleet operational.