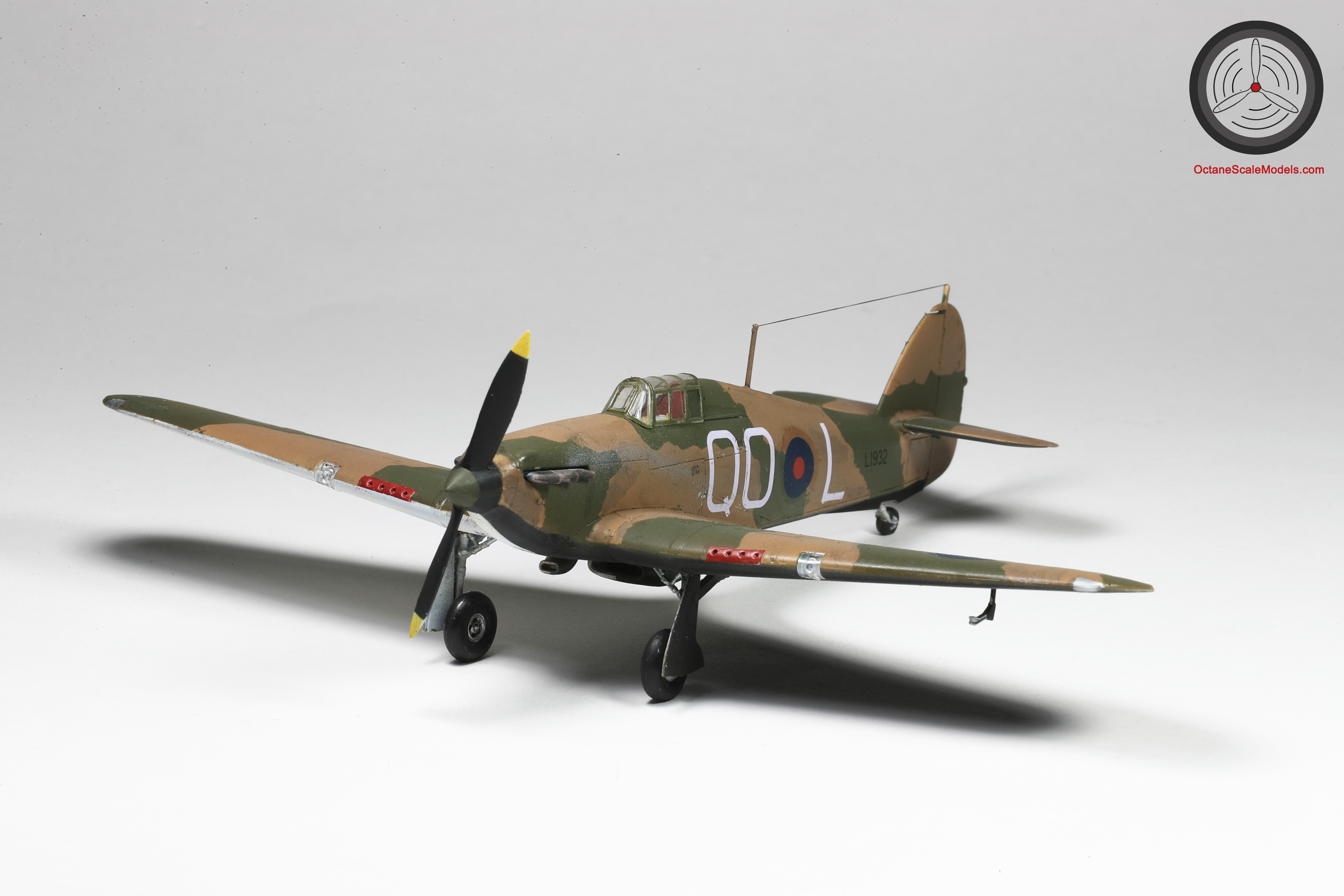 [Not a valid template]

Before WWII, during the “Munich Crisis”, the Air Ministry had ordered the bright roundels then featured on RAF aircraft to be toned down in preparation for a possible but hopefully to be avoided conflict with Germany. To this end the “Type A” roundels with the yellow border and white ring were over-painted. The aircraft of 3 Sqn achieved this by over painting the yellow border in fuselage camouflage colors and the white part of the roundels in blue, hence the ring of darker colours around the fuselage roundel on this model.

I have seen quite a few images of these aircraft painted up in this early 1939 interim scheme but always with the pre-war “OP” Sqn code, but recently I came across a photo of L1932 in maintenance with this pre-war livery bit with the codes “QO” painted on which were a change ordered at the outbreak of hostilities in August 1939 – so here it is

🙂 . The black white underside scheme was 1st introduced just on the wings with the centre section painted in silver still. Air Marshall Dowding’s original idea was for this black/white identification scheme to meet in the middle and this had just about been accomplished by the outbreak of war.

L1932 was one of the last aircraft built with the orginal fixed pitch propeller (L1980 was the 1st to change to a varable pitch prop), but had incorporated some advances since the 1st examples rolled off the line, the rudder was now larger with a matching keel under the rear fuselage, the front screen had thicker armor as had the rear of the cockpit; the original kidney engine exhausts had also been ditched in favour of early ejector style ones.

The aircraft only carried this look until early 1940 when the familiar red/white/blue tail bars were introduced and white made it’s way back into the roundel.

L1932 carried on in service with 3 Sqn until 14th May1940 when during the 10 days of the Battle of France it was damaged in an attack on Do-17s of II/KG3 and was forced to make an emergency force landing and was abandoned. The pilot at that time, Frank Reginald Carey, went on to great things, DFM, DFC with bar (1st DFC awarded with 3 Sqn during the Battle of France for 7 victories and 2 probables), ending up as a Group Captain in Burma by the end of the war – he died in Chichecter in December 2004 at the age of 92.

This was the 1:72 non-starter set kit so came with 2 and 3 blades probs along with early and late fuselage undersides and wind screens so any aircraft from pre-war up to did-1940 can be made. It is a real shame that Airfix haven’t; developed this kit a bit more with a “tin wing” which was being introduced from early/mid 1940 and would have made of the VAST majority of the Hurricanes that fought in the Battle of Britain.

A great kit though with great fit and no real vices!

For the 1st time I used Hataka’s Orange line paints for a camo scheme and as usual these went on with no hassle – I did have to get a spray boot with air extractor though…. the Lacquer is “potent” to say the least. the decals came from a sheetI picked up a show a year or so ago covering a lot of 3 Sqn’s markings over the years, and by hacking a couple of schemes apart got the combination I wanted for this aircraft