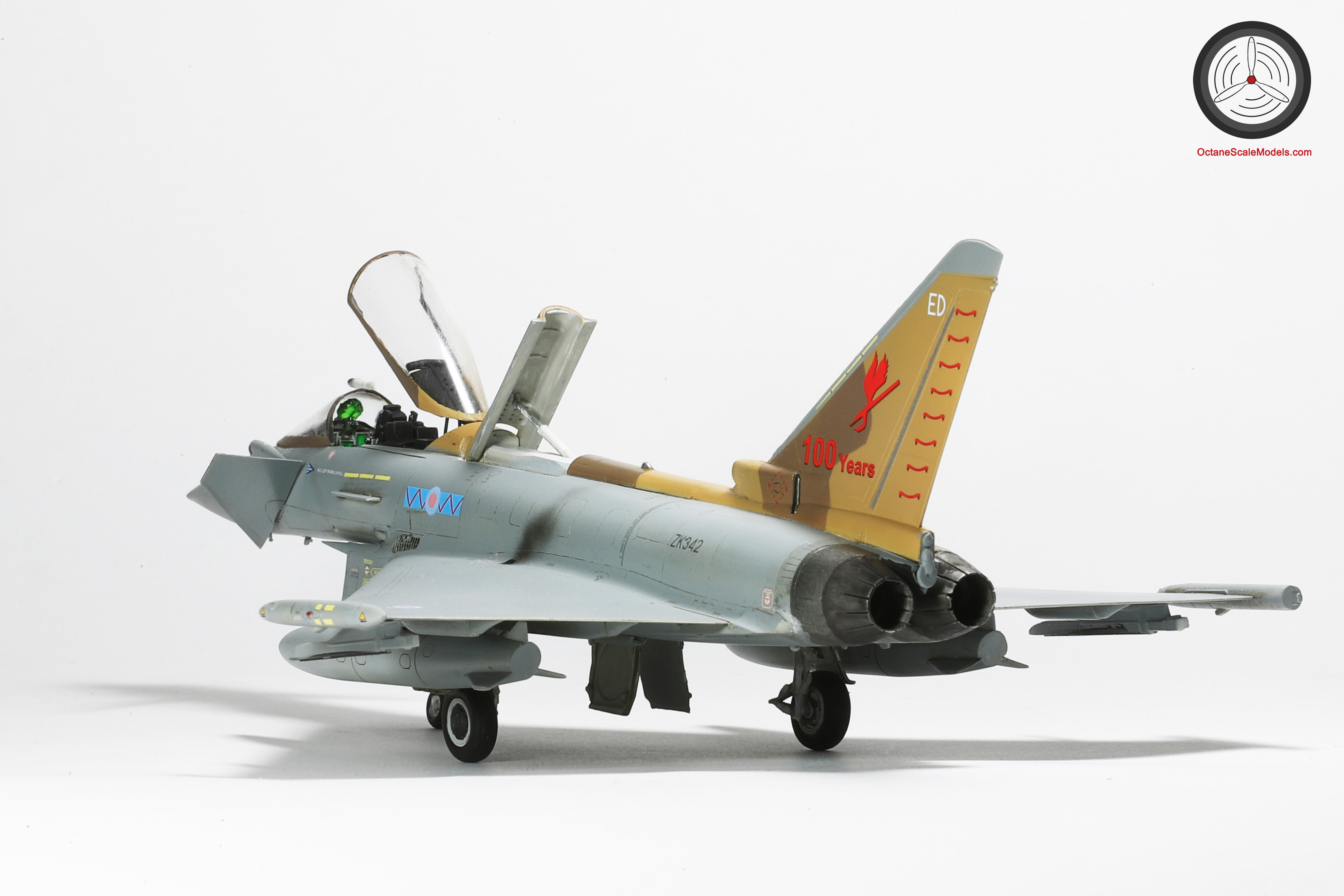 In 2014 the RAF’s 6 Sqn celebrated their centenary; as they were well known for their tank busting exploits in the Western Desert in WWII The “Flying Can Openers” chose to paint the tail and spine on Typhoon ZK342 in the livery their Hurricanes flew in.

ZK342 first flew on 31 July 2012 and was delivered into RAF service on 18 December the same year. It remains in active squadron strive as of the start of 2018. 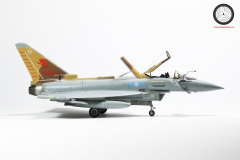 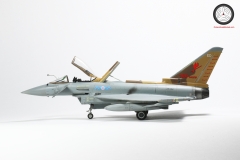 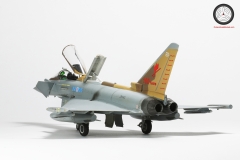 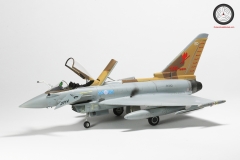 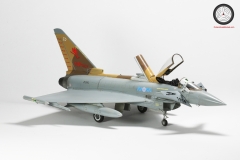 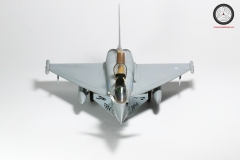 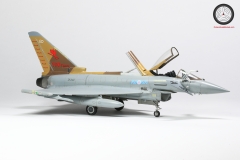 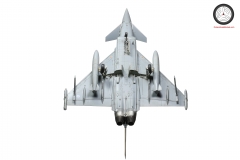 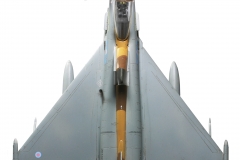 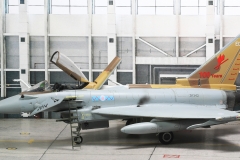 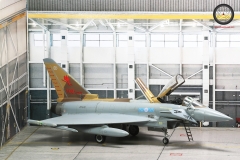 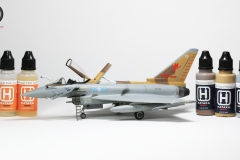 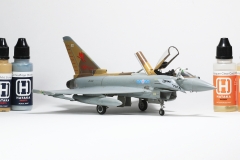 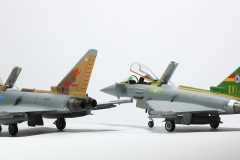 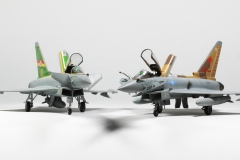