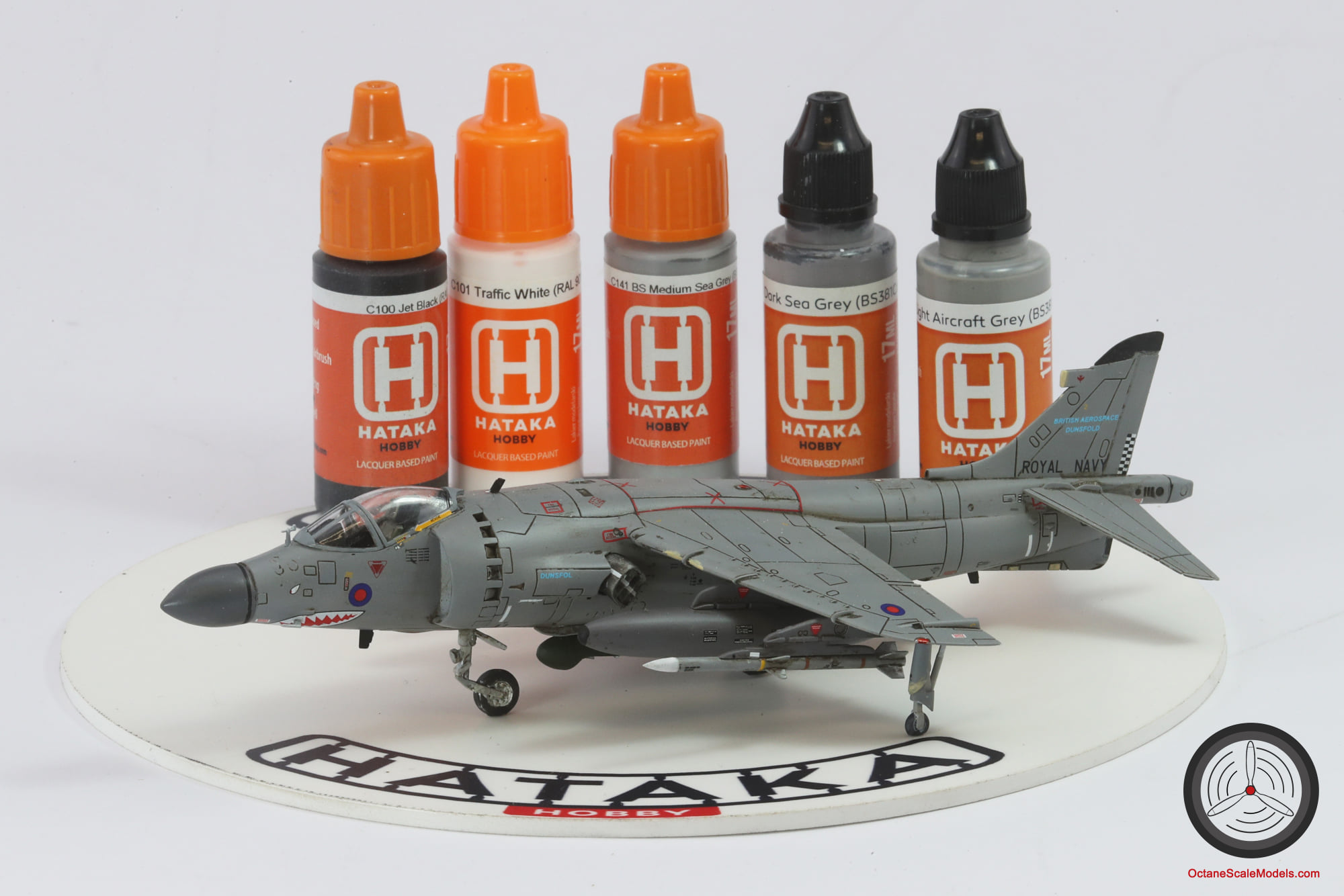 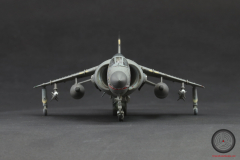 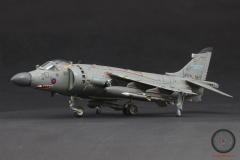 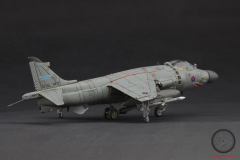 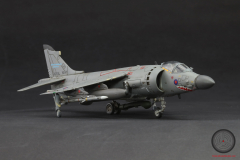 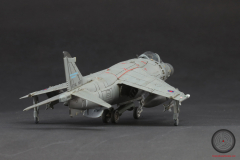 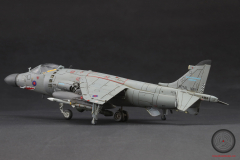 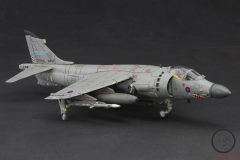 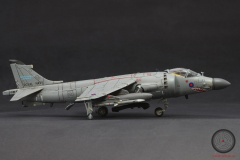 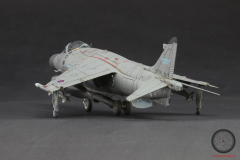 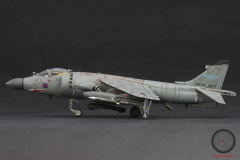 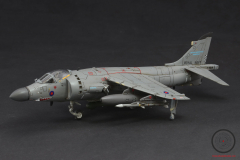 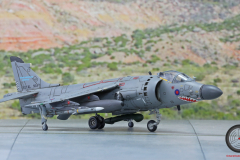 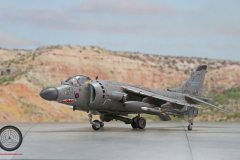 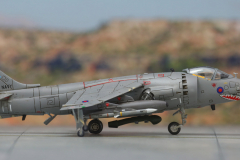 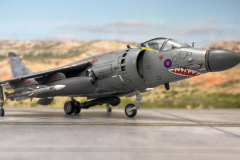 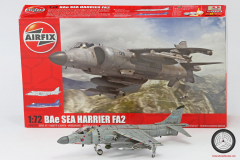 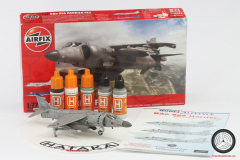 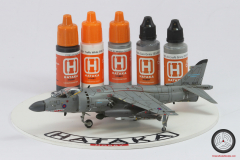 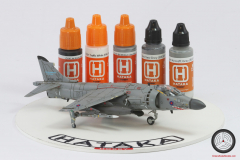 The Aircraft
XZ439 started life as the 2nd ever built Sea Harrier FRS.1 back on 30 March 1979 when it first flew; being such an early airframe it always a development airframe rather than a “line bird”.


Between 19 September 1988 and October 1989 it was the 2nd airframe converted into a test airframe for the upcoming FRS.2 upgrade. In late 1992/early 1993 it was dis-assembled for Hercules transport to Eglin Air Force Base in Florida for trials of the new AIM-120A AMRAAM (Advanced Medium Range Air to Air Missile). On 29 March 1993 (24 years and 1 day after it first flew) it became the 1st European aircraft to fire the new missile and became the first British aircraft to be certified to use it operationally. During the trials it carried what seems to be a cut away BL755 cluster bomb casing fitted with 2 video cameras to record the launched from onboard.
It should be noted that less than a month after this the 1st operational upgraded Sea Harrier was delivered to the Royal Navy but now designated the FA.2.

This wasn’t the last claim to fame for XZ439 as on 12 February 2006 it departed the the UK one final time to the USA but into private ownership as N9422. After a rebuild it continued to fly the airshow circuit as the last Sea Harrier. In November 2007 on its second test flight, it suffered an inflight hydraulic failure (caused by the failure of a hydraulic system pressure cap installed as part of the original test fit on the airframe) and then a subsequent main gear failure on landing. It was rebuilt and flying again at airshows by 2012. As of 17 February 2020 it was put up for sale – any takers?

The Kit
The is of course the 2010 tooling Airfix Sea Harrier FA2 with only some minor changes: the tail pitot has been removed and a cut down BL755 fitted to the centre line. I have switched the kit AMRAAMs to a couple of spare Academy ones I had spare from a recent F-35B build. The decals come from Model Alliance (no longer trading) sheet MA-72017 that was issued back in 2003.

After finding some late period images of the launch I realised that the decal sheet wasn’t 100% accurate, for some bizarre reason they omitted the aircraft serial number and the red pseudo-squadron marks on the tail should be on both sides and the white background to the 801Sqn chequerboard should be grey, not white; apart from that I only added some black and white stripes to match the actual test markings.

I used my usual Hataka Orange Line lacquers to paint, overall Medium Sea Grey with Dark Sea Grey pylons, rails and tanks to match what the test aircraft carried. The decal sheet correctly gives the darker roundels and hi-vis stencils (rather than the light blue/pink ones used operationally), I think it gives a feeling of the FRS.1 that it was developed from as this was the scheme worn by them.