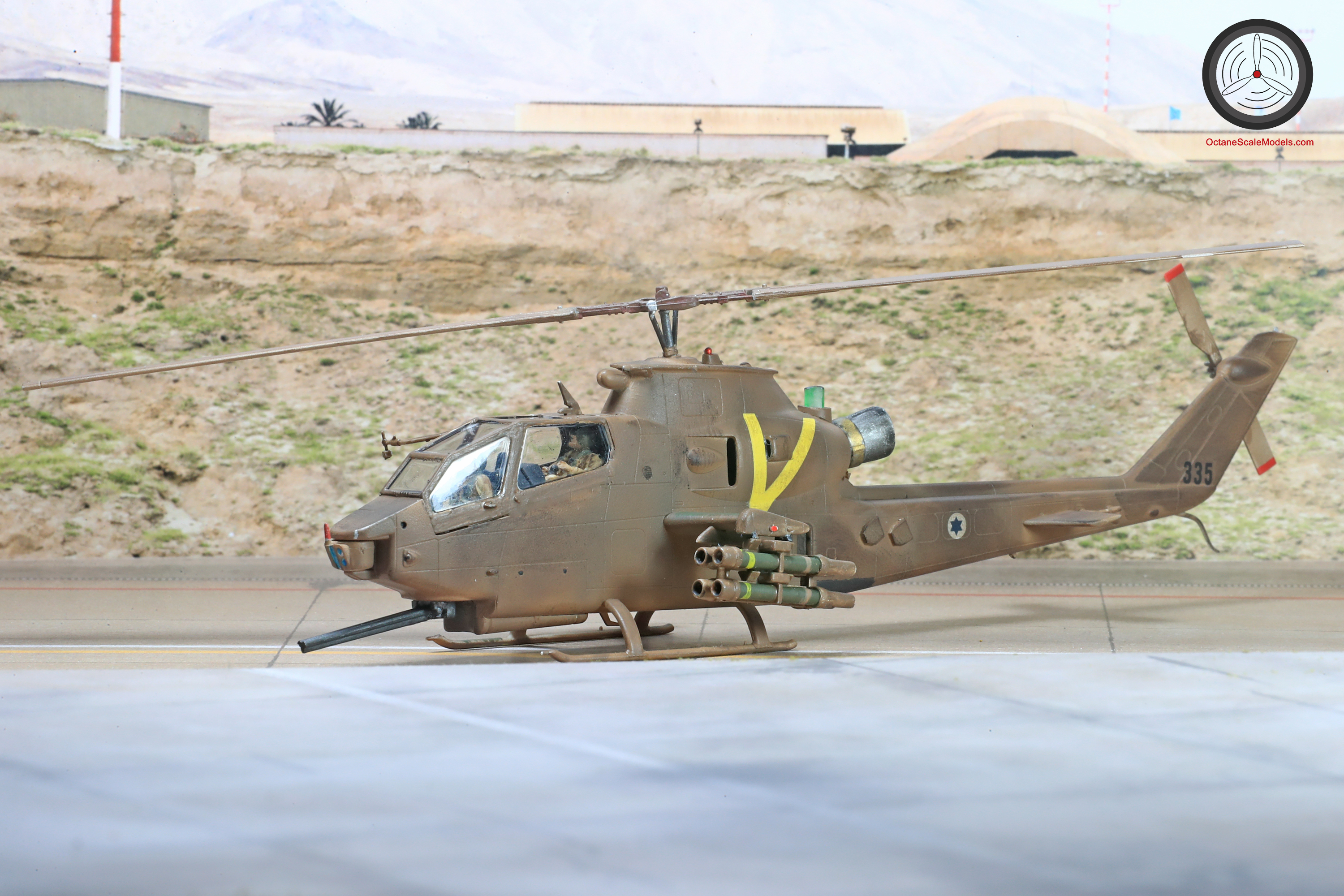 [Not a valid template]On 6th June 1982 Israeli invaded Southern Lebanon after a prolonged period of reciprocal cross border strikes between themselves and the PLO. The first strike of their campaign was to destroy a radar station on the coast for which 2 AH-1F Tzefas were assigned. The diorama shot shows the 2 aircraft inbound on this 1st strike.

The kit is an AH-1F from Hobby Boss in 1:72, it actually builds up very well with no build issues whatsoever… that’s the good news… If you want an AH-1F from the box then this is NOT the kit you want – it is actually a LOT closer to an AH-1E, so the engine exhaust, IR suppressor, chaff and flare dispensers and IR probe mounting forward of the rotor have all had to be scratched built to depict a -F, the decals consist of a total 8 pieces (including the 2 Rescue stencils which are the only stencil marks included at all) and sadly don’t include any Israeli sqn markings, the Star of David decals appear very slightly out of register (sadly I don’t have any small enough in my spares box to replace them yet). Their colour call out of “Dark Yellow” is also well shy of the mark if you are looking for the right colour. A crew from PJ productions (AH-64 crew slightly modified to fit) was also added, the cockpit is quite nicely detailed as it is with moulded seat belts but the huge glazed area does make it quite obvious that no are figures are provided.

The paint I used is from Hataka’s HTK-AS71 set (Israeli Air Force – Modern Rotors) and is matched to FS30099 Earth Brown, which was the standard colour of Israeli helicopters until the end of the war later in 1982 (when it was changed to a lighter shade).

The base was a special commission from Coastal Kits of Blackpool, UK.