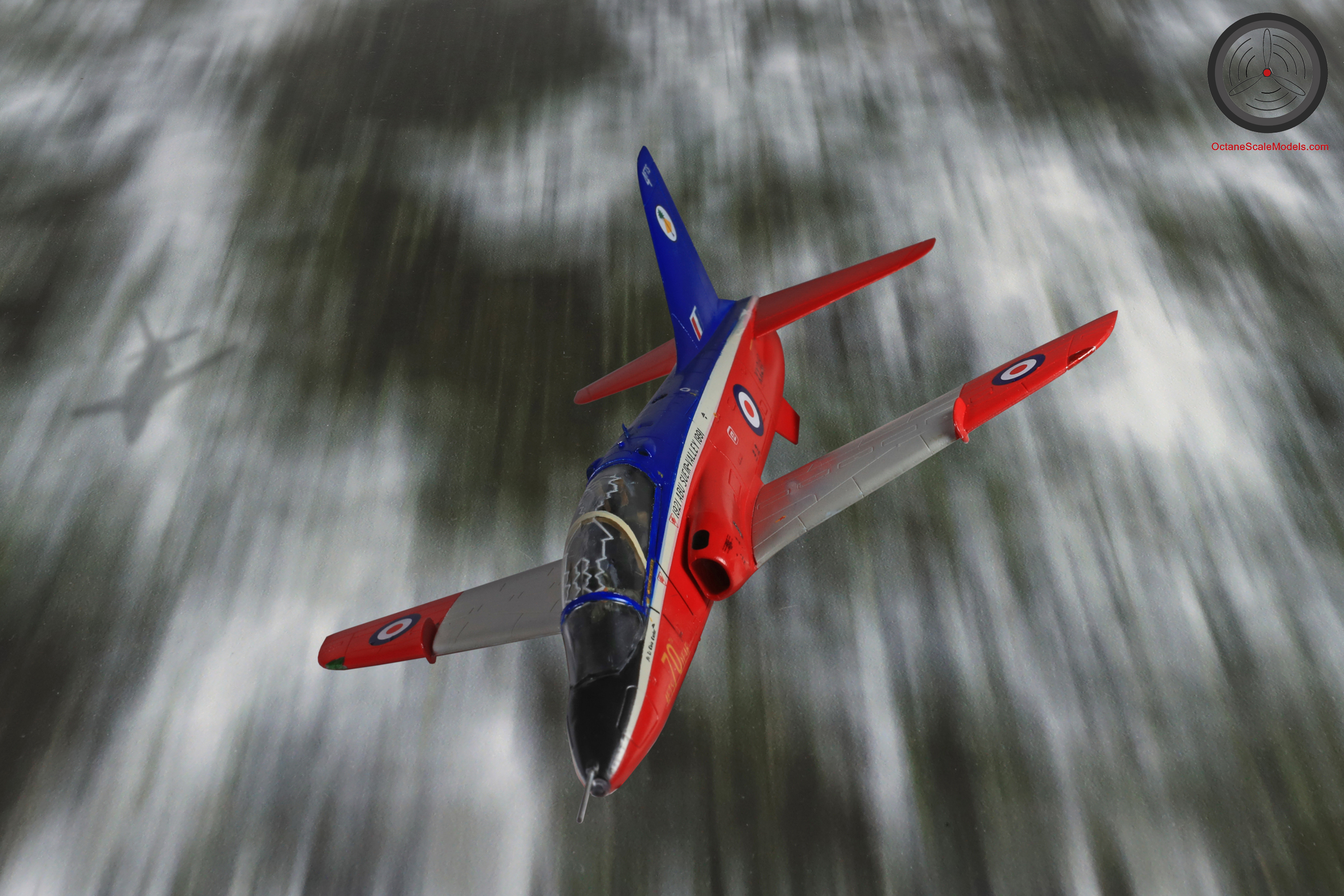 [Not a valid template]The Hawk T1 entered service with the RAF in 1976 after first flying in 1974. It remains in service to date (2017) as the RAF’s advanced jet trainer although it supposedly coming to the end of its service life very soon to be replaced by the Hawk T2.

The livery depicted is the RAF’s standard training livery of 1990-’98 with additional graphics to celebrate 70 years of operational of 4 FTS from their inception in 1921 in Abu Sueir (Egypt) to 1991 at RAF Valley.

The Blur base comes from Coastal Kits of Blackpool and has been used to show the aircraft on a low level solo training flight over a snowy Welsh landscape in the winter of 1991.

The kit is of course the ubiquitous Airfix 1:72 new tool offering (actually the “Design-a-Hawk” boxing which often used to appear on clearance shelves) with a Modeldecal aftermarket decal sheet from around 1992 used to change the standard livery a little bit for interest.

The kit builds very well and for the little money it costs is probably the best Hawk model on the market in this scale. I did however have to do a bit of work to get the intakes and forward spine parts to fit as smoothly as I wanted.

Hataka have just released a new paint set (HTK-AS70 Modern Royal Air Force Set Vol 3) which contains the colours used by RAF trainers post-war. Amongst others, this set contains Black (A100), White (A101), Signal Red (A276) and Roundel Blue (A277) which complete the 1990 livery.