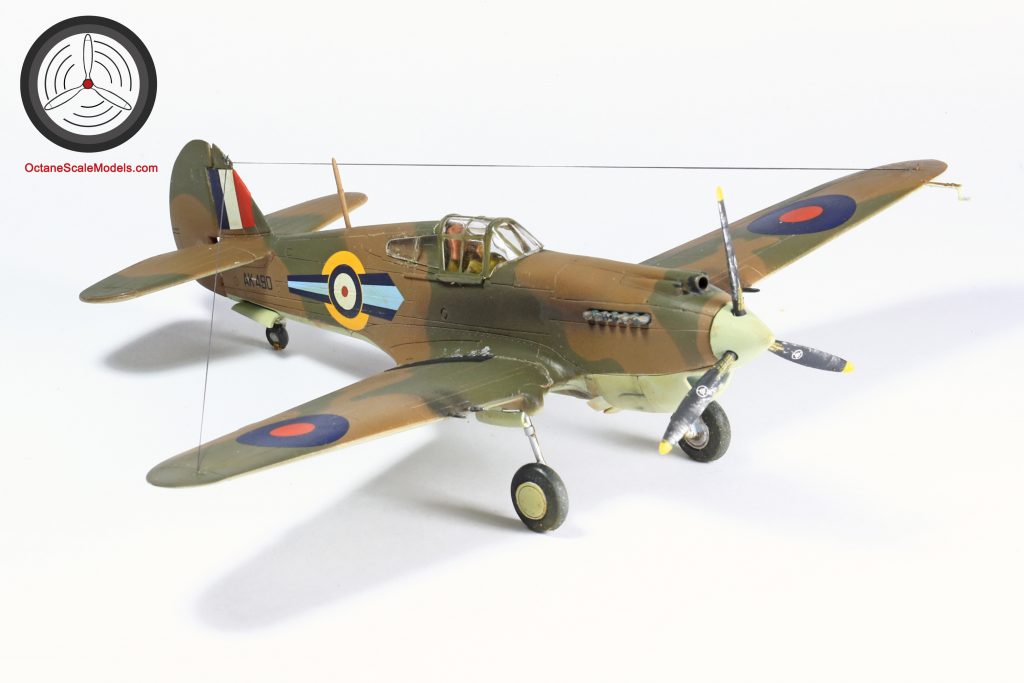 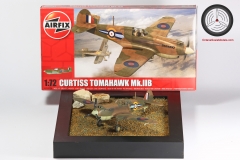 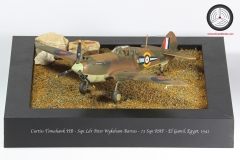 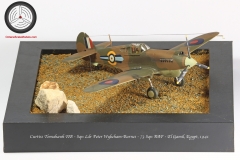 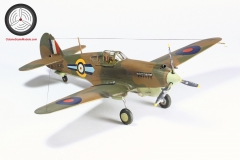 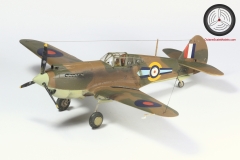 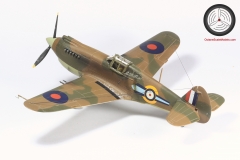 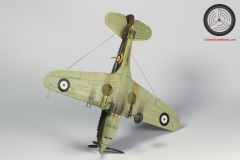 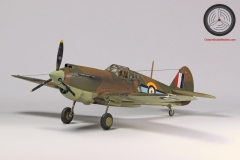 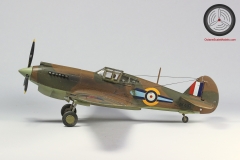 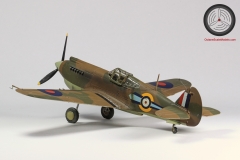 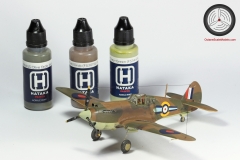 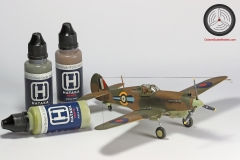 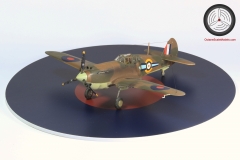 With the UK based RAF squadrons just about back up to strength with Hurricanes and Spitfires after the conclusion of the Battle of Britain, the delivery of the Curtiss Tomahawk allowed the dated equipment still in service in the Middle East and North Africa to be replaced without drawing down the numbers of the primary front line aircraft.

AK490 was built by Curtiss (s/n 15442) in 1941 as part of a batch of 930 Hawk 81A-3 airframes at their Buffalo plant in New York. 100 of this batch were however diverted to the American Volunteer Corps (otherwise known as the Flying Tigers) and 195 to Australia, Egypt, S.Africa and Turkey.

Being built in the USA these aircraft were not painted in the same colours that made up the RAF Temperate Land Scheme (TLS – Dark Green and Dark Earth over Sky) but in the approved American equivalents to them; in 1941 these colo(u)rs were ANA613 instead of Dark Green, ANA617 for Dark Earth and ANA610 for Sky – they are of course similar to the UK specs but slightly different (there is whole new can of worms as the which supplier of paint each aircraft manufacturer used [Curtiss used Dupont] as these also had tone variants). If the idea of TLS being operated in the desert seems odd, it did to the RAF too, from later in 1941 aircraft started in theatre getting a repaint – the Dark Green was overpainted with RAF Middlestone (or Light Earth?) and the Sky underside was darkened to Azure Blue which was  much better match for the darker tropical skies.

Known for its ability to absorb battle damage the Tomahawk would actually prove to be more than a match for the bf09E up to around 15,000ft, above that its weight became a handicap and the German machine help the upper hand.

Air combat wasn’t the downfall of AK490 though. It was written off 21 October 1941 when it was hit by another Tomahawk (AN326) that ground looped on landing. Both aircraft were attached to 4Sqn SAAF at the time.

Sqn Ldr Peter Wykeham-Barnes joined the RAF in 1932, he became a flight commander in 272Sqn before being promoted to command 73Sqn. He is credited with 14 aerial victories and a share3 others.

This is 2nd of this tooling I have built – (the 1st was a Pearl Harbor USAAC aircraft) and I must say the fit is very good indeed, the panel lines may be a touch overstated (as area few of the very early new tooling from Airfix of this period) but it looks great built out of the box.

This has been built straight out of the box using the kit supplied Airfix decals, the only additions are the normal antennae wires that run from the wingtips to the tail which I used EZ-line for. The roundel base came from Coastal Kits Display Bases as usual.