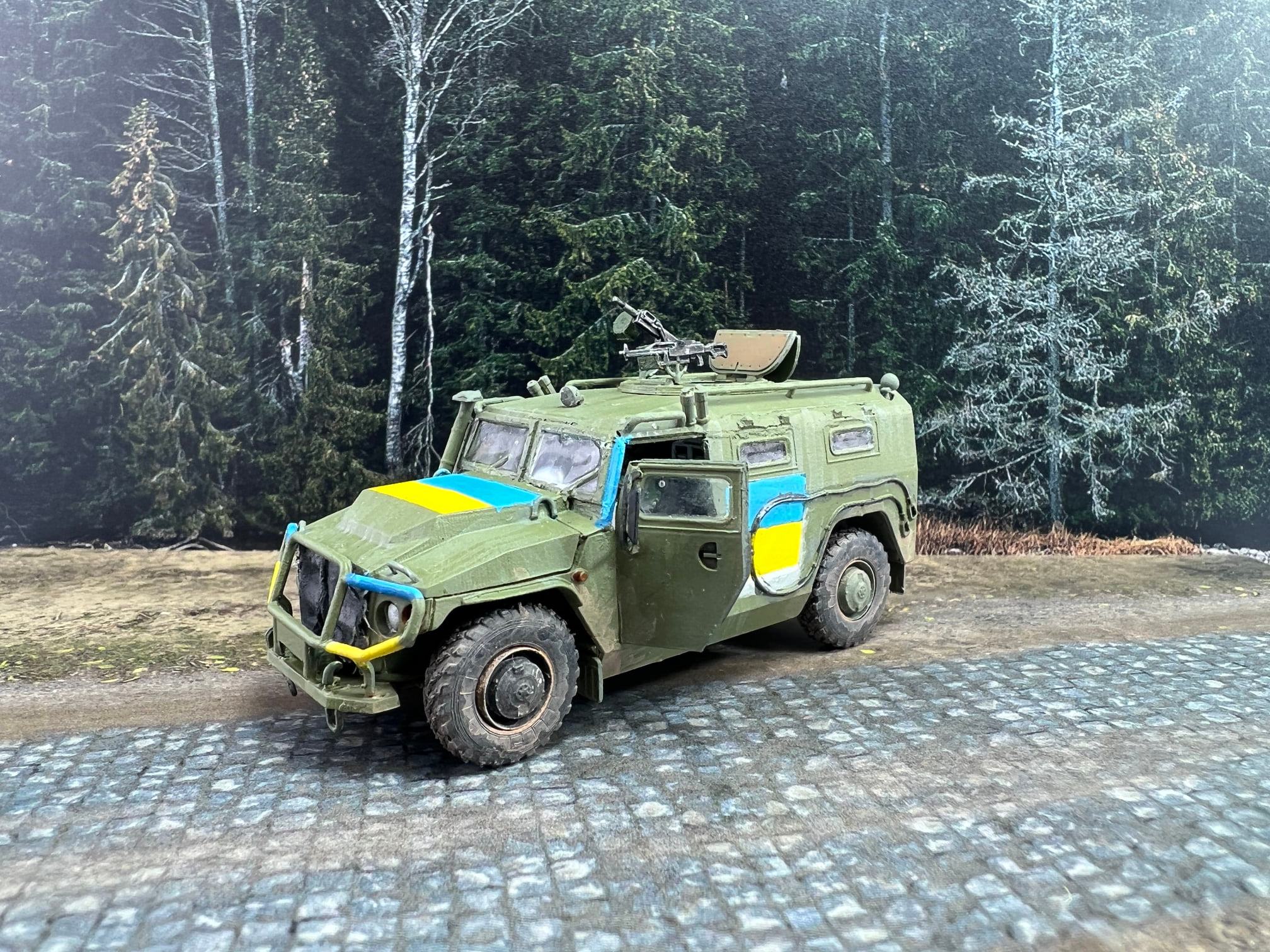 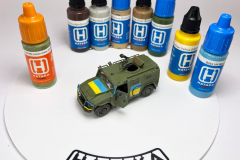 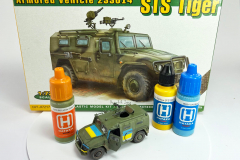 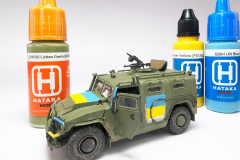 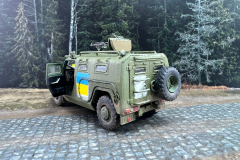 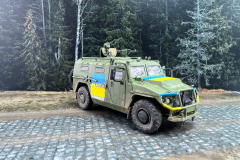 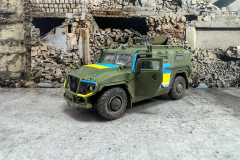 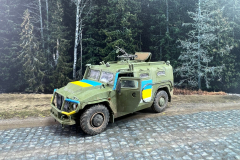 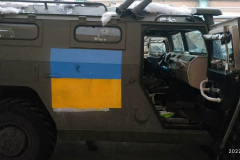 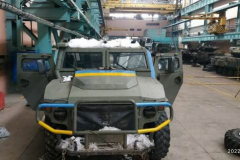 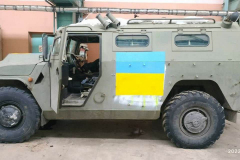 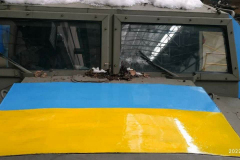 In 2010 a new version of the GAZ-Tiger was unveiled with new 300bhp YaMZ-534 diesel engine, armoured bonnet (hood) increased seating capacity (up to 9), this was named the 23314 Tigr-M (Modernizirovanniy – Upgraded). This was further improved in 2018 to the ASN 233115 Tigr-M SpN. The Tiger is capable of operating at ambient temperatures ranging from −14°C to 50°C and travelling at 87mpg on roads and 50mph off-road; the vehicle has approach and departure angles of 52 degrees and a wading depth of 1.2 m.
The normal defensive armament usually consists of a 7.62mm/12.7mm machine gun and/or 30mm automatic grenade launcher mounted in a roof cupola but specialised versions are in service with Arblet-DM turrets and Kornet-EM anti-tank missiles.
The Kit
The model is produced by Ace Models of Ukraine (released in 2019) and from the box can be built as a STS-Tiger 233014 with decal/camouflage options for 3 vehicles
1) Russian-Georgian War August 2008 in green with brow/black disruptive striping
2) Crimea Annexation 2014 in all Green
3) Moscow Military District 2016 in in green with brown/black camouflage.
The Kit is beautifully detailed and after some part clean-up of a tiny amount of flash and some mould lines, fits very well indeed. The detail on the 4×4 suspension is insane!! It comes armed with the standard cupola mounted machine gin and grenade launcher.
However, there are pieces on the sprues not used for these version which include the up-armoured bonnet (hood) of the Tiger-M and roof mounted smoke grenade launchers Also included are alternate clear parts covering a future announced boxing of a police vehicle (roof light bars and DV vents in the windows).
The model I intended to build is based on photos released on 10 March of an STS Tiger-M captured by the Ukrainian Army in fighting around Kharkiv. It is in all-over khaki-green shade with Ukrainian flags applied over the Russian “Z” tactical marks (apart from the rear door which seems to have been just over painted in white wash). Rather than use the supplied clear parts though, I opted for using Klear to fill the window frames. I also opened up the driver’s door to show some of the interior detail which would have been a shame to cover and added some tie-down points to the bonnet and also a winter grill cover which the released photos of the real vehicle show in use.
The all-over green scheme on the instructions calls for FS34097 as a close match, which is a darker green to the one I wanted to replicate (there are many different schemes in use so Google is your friend here); after a few experiments I settled on Hataka’s HTK-C216 Lichen Green (BS4800/12B 25) as a close match more usually seen on the underside of RAF GR5 Harriers. The Ukrainian flag was painted in HTK-B222 Lemon Yellow (FS33655) and HTK-B284 UN Blue (FS35250) both of which seems to match well to the photos of the captured vehicle I was trying to replicate. The interior walls of the Tiger are usually covered in a 3-tone camo cloth (Chocolate, Sand and Green) and although hard to see I have applied these with Hataka’s Blue Line brush paints. The Bases are as usual from Coastal Kits Display Bases.
In addition to the STS Tiger 233014 (Ace #72177), there are 3 future announced versions of the kit (nominally scheduled for 2022, but with the ongoing war in the country I imagine this will understandably slip a bit).
1) The previously mentioned SPM-2 police version (Ace #72178)
2) A 4-door canvas rear Tiger 6A (Ace #72179)
3) A Tiger-M with Kornet Anti-tank missiles (Ace #72180).