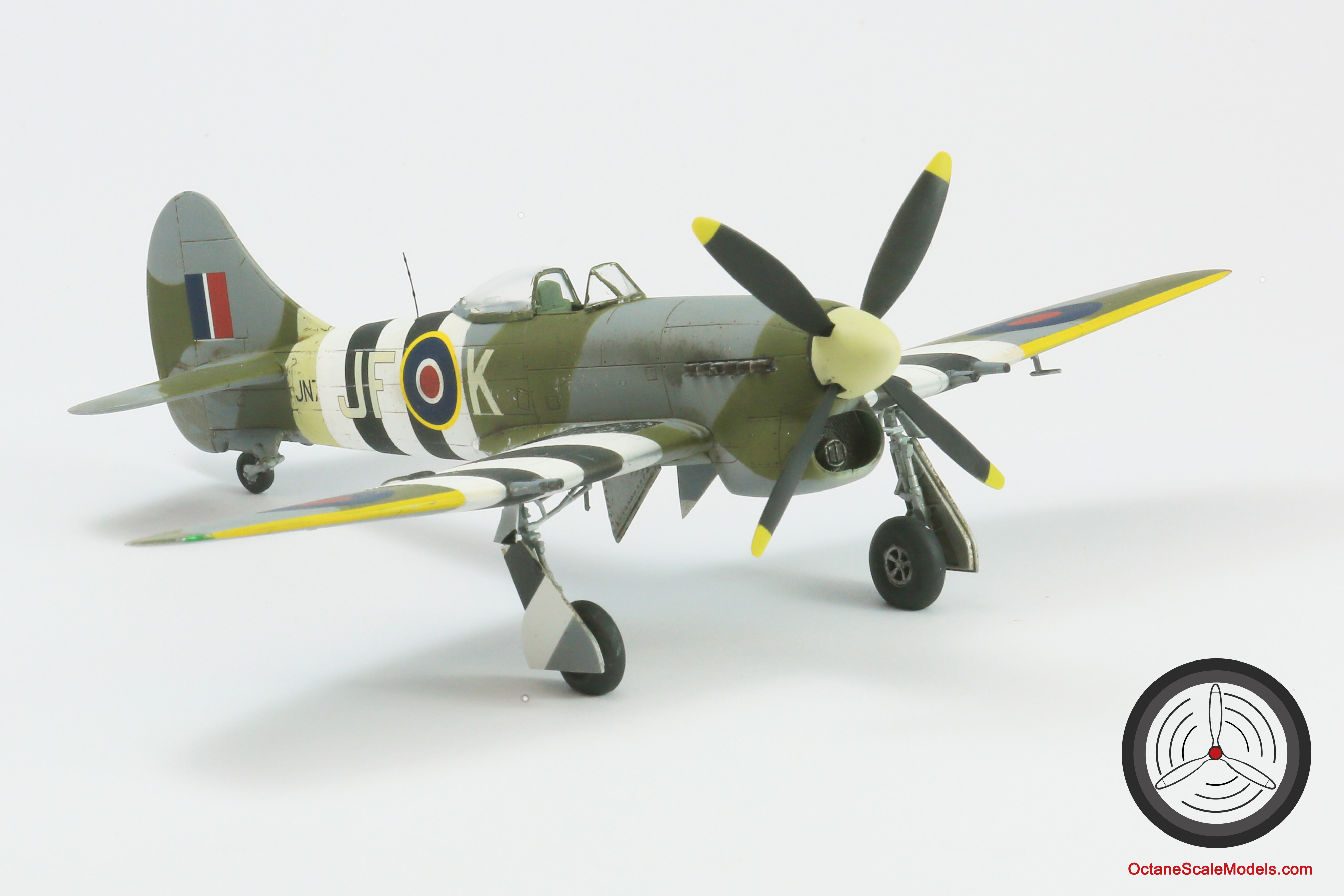 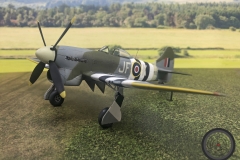 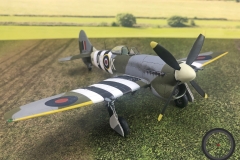 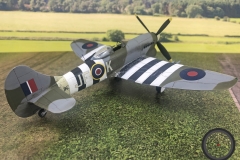 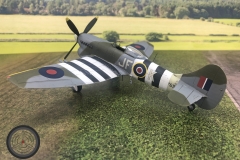 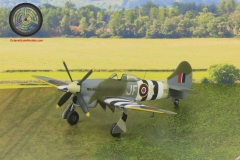 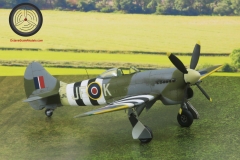 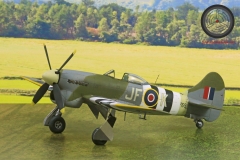 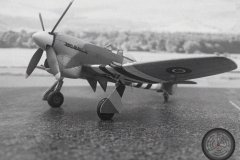 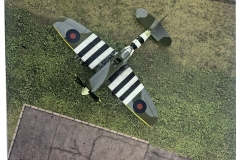 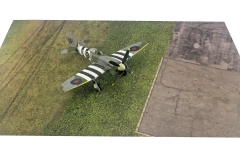 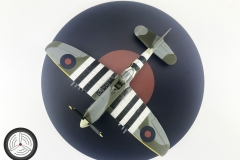 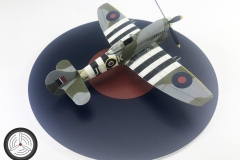 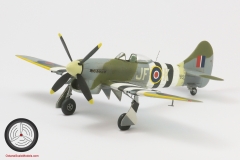 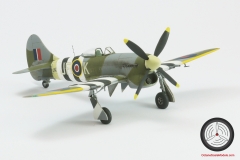 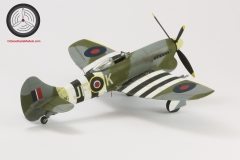 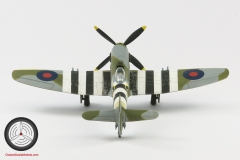 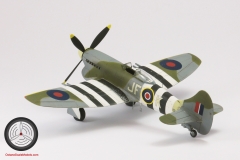 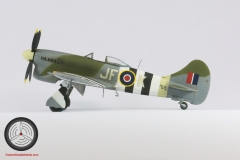 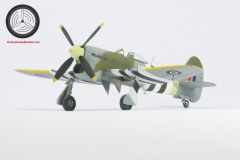 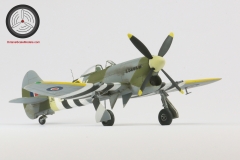 JN765 was the 36th Tempest V built in the initial production run. These initial aircraft were based by Hawker on 50 centre sections of a cancelled Typhoon order; the remaining 50 of the 1st batch having bespoke Tempest bodies.

The Series I can be recognised from the Series II by having cannon barrels extending beyond the leading edges of the wings (they had Hispano Mk.II cannon rather than the shorter Hispano Mk.V the series II carried), a series of reinforcing fishplate around the rear fuselage where the tail attached and 5 Spoke Typhoon Wheels (the later series II had 4 spoke wheels).

3 Sqn received their Tempests (replacing their Typhoons) in April 1944 and were the 1st sqn to receive the new type. Most of May was spent in Shipping recce in the English Channel, and Ramrod (Light bomber escort with the intension of drawing up enemy fighters and engaging them) and Ranger (Large formations of fighters sent into enemy territory to specifically engage and destroy enemy fighers) missions over Northern France.

On 6th June (D-Day) 3 sqn was tasked with convoy patrol and shipping reconnaissance and then on the 7th June, anti-balloon sorties. JN765 did not take part in either of these, being held back at their home airfield of RAF Newchurch as a reserve airframe. It did fly on 8th June when 3 Sqn was tasked with sweeps over the Normandy beachhead with Flying Officer George Edward “Ted” Kosh at the controls..

Sadly both F/O Kosh and JN765 were lost 23 days later when they crashed near Winchelsea in E.Sussex  whilst chasing a V-1 flying bomb. F/O Kosh was interred at the local cemetery in Newchurch.

The wreckage was excavated in 2005 over which there was some controversy between the excavators, the MOD and Ted Kosh’s family as more remains were excavated at that time; these I believe have been added to those originally interred in 1944.

This was built from Academy’s nice 1:72 Tempest V, unfortunately this is of a later series II aircraft so it had to be modified back to an early series I. The cannon and wheels were sourced from an Airfix Typhoon Ib and a small bulge added to each wing root where the main spar attached. For the fishplates I was originally going to glue down some small pieces of foil to replicates them but I couldn’t get an alignment I was happy with so in the end I scribed some in.

Apart from this the kit is built from the box (no underwing stores fitted as it seems the Tempest rarely carried them even though it was capable) with the markings coming from Jim Chapman’s authoritative 3Sqn “mega sheets”. The paints as usual were Hataka Orange line lacquers and I also used these for the D-Day ID stripes. As an aside, Fighter Command ID stripes were 18inches wide, which scales down to 6.3mm in 1:72…. Tamiya do a nice line in masking tape 6mm wide 😉 (equivalent to 17inches….)

The bases are Coastal Kits and the backdrop from an online railway shop glued on a length of thin plywood.