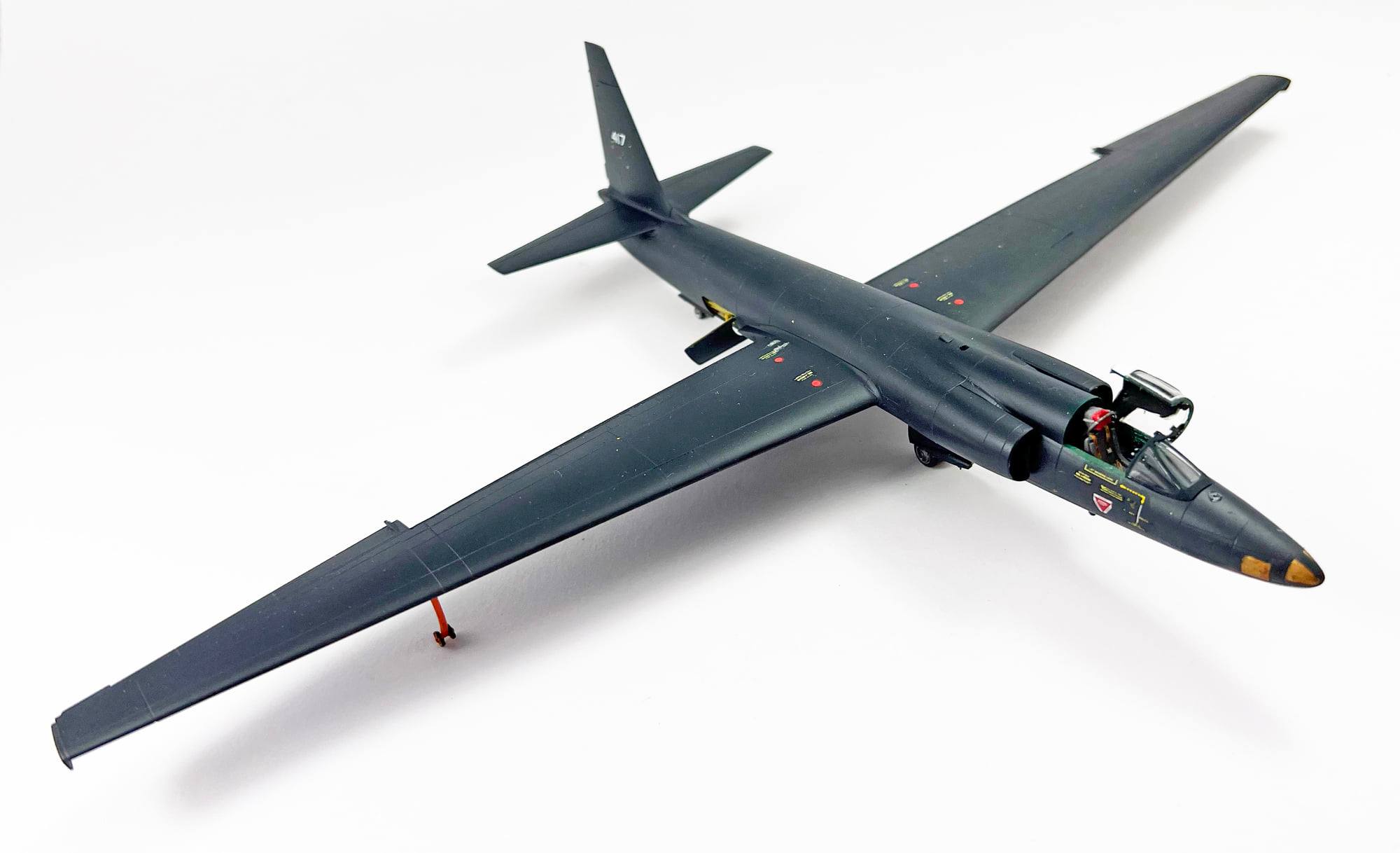 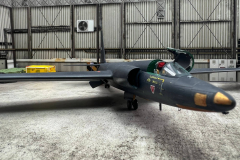 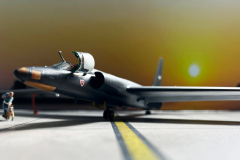 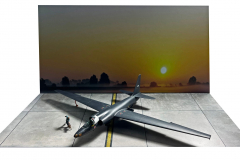 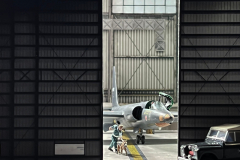 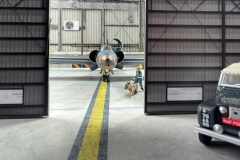 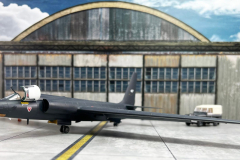 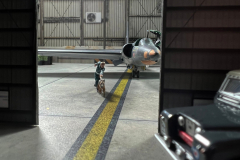 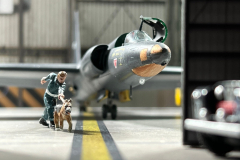 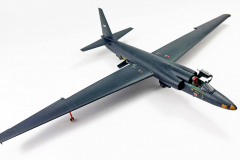 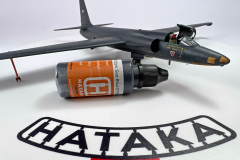 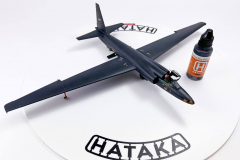 First, a brief note – All Lockheed U-2 aircraft are normally referred to by their factory serial numbers (as the number painted on the tail varied between operators [USAF/CIA/NASA etc.] and even between missions); these serial numbers are called “Article” numbers, this aircraft was Article 349, the next one off the line was Article 350 and so on – and no, U-2s don’t start at Article 1

The backstory
Much of the information below was only declassified in January 2019 (under a 50 year disclosure rule) after having been the subject of much rumour for the decades preceding this. I must wonder what is coming over the next few years

In 1957 it was agreed between the UK McMillan government and the US Government that the UK would participate in the U-2 overflight spy programme and share intelligence; to this end 4 RAF pilots were selected and trained to fly the U-2 at Laughlin Air Force Base in Del Rio, Texas (the USAF U-2 training facility). Tragically the CO of this detachment (Sqn Ldr Walker) was killed in a training flight when ice built up in his oxygen system and he suffered hypoxia resulting in a fatal crash. A new CO (Sqn Ldr Robert ‘Robbie” Robinson) was selected and diverted to join the team at Laughlin.
In order to give a public cover story to any future U-2 presence in the UK a special unit was set up RAF Watton near East Dereham in Norfolk (coincidentally during this time the base of 192 Sqn/51 Sqn which operated the Comet R2 ELINT aircraft….). This unit was the “Meteorological Experimental Unit” (MEU) official part of the British Meteorological Office (the people that make the UK weather forecasts) but under the local command of Group Captain Thomas Bingham-Hall DSO DFC. On 10 December 1958 a U-2A (Article 349) was deployed to RAF Watton but the Norfolk weather took its toll and the aircraft returned to the USA on 29 December. Only 2 flights were eventually managed on May 7 and 8. The first of these (Mission 312) flew directly north from a point off Lands End up the 6 degree West meridian to the latitude of Iceland and then returned the same route, the following day Mission 313 flew a similar profile but to the south to the latitude of North Africa down and up the 10 degree West meridian; during this 2nd flight a hydraulic leak occurred on the aircraft necessitating a diversion to Brize Norton – and then a short hop back to Watton after it was fixed by a rapidly scrambled mech team
This UK detachment was supported by the CIA’s “Fast Move” project which had been designed to enable a rapid deployment using a C-130A and a C-54 to rapidly set up an operating exclave ahead of a U-2s arrival and quickly turn it around to fly its mission, minimising time on the ground in a possibly less than idea security environment. RAF Watton was also set up to handle transiting U-2s going to and from the USA to their normal operating bases. During this time it is known that Article 351 was processed through Watton on its way back to the USA and Article 344 on its way out to Turkey.
Article 349 returned the RAF Watton (now bearing the fictitious tail number 417) in October 1959 and flew 2 more missions on the 5th and 6th of that month; Mission 314 flying around Ireland and Mission 315 flying up to the Shetlands over the UK. During this time “417” was housed in Watton’s hangar#2 and guarded by a RAF Police Dog Unit. It is the aircraft at this time that I have modelled as fortunately a single photograph has been declassified showing the aircraft on the ground there. For these later missions the aircraft was fitted with the WP-2 setup (Weather Package 2 including a tracker camera).
The ultimate reason for these operations was to cover the RAF pilots’ involvement in the U-2 overflight programme, Between 31 Dec 1958 and 19 Nov 1959 the 4 RAF pilots successfully performed 17 overflight missions of the Middle East (but not Israel, that was off the agreed list) and at least one overflight of Russia (On 6 December 1959 Sqn Ldr Robbie Robinson flew Article 351 (a U-2C) on Mission 8005 from Peshawar in Pakistan via the USSR back to Adana in Turkey where CIA Det.B was based (this will be a future build).
On 1st May 1960 (following the shoot down of Gary Powers’ U-2C over Russia) the British participation in the programme was withdrawn.
The Kit
In late 2021 HobbyBoss shipped their eagerly awaited 1:72 Lockheed U-2A (the first “short wing” U-2 since Airfix last issued theirs in 2005 [that was an old-school kit with raised panel lines] that could be built as a U-2A or U-2C).
The fit is genuinely very good and the dimensions seem right to me given a quick measure; however HobbyBoss have dropped the ball on a couple of points: 1) the cockpit is a bit sparse, it completely misses the navigation scope on the panel – a very prominent cone shaped object, and the seat seems to be loosely based on a later style – I scratched built both of these; 2) one wing has a rearward facing RWR receiver moulded on – I believe this was only fitted from the late 60s onwards and certainly not to the 2 aircraft covered on the decal sheet – this will need carefully removing if you want to build a U-2A. The instruction also show drilling out holes for fitting a saddle antenna pack which is included – this was only fitted from ’62/’63-ish onwards to U-2Cs
As I was building a representation of Article 349 during its time with the British MEU my livery was very simple as at the time all CIA owned U-2As were painted all over Sea Blue (the WWII US Navy colour) with just fuelling and ejector safety markings applied. I used Hataka Orange Line lacquer paints, in fact their first colour released (HTK-C001) and a couple of ejector marking from a Caracal decal sheet more suited to a dark aircraft then those on the kit’s sheet (bare metal/orange and grey finished aircraft). The bases and backdrops are from Coastal kits.

and his Book “Toward the Unknown” and also to Kevin Wright’s book “We were never there Vol.1”