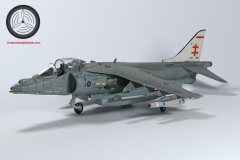 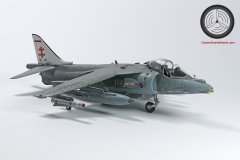 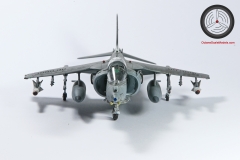 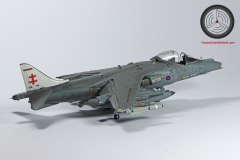 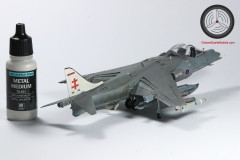 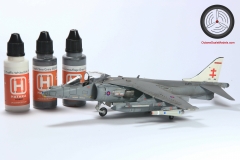 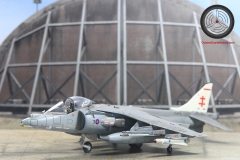 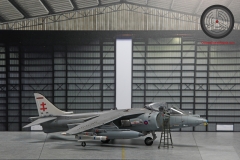 As well as my usual Hataka Paints for the main colours I also used Vallejo’s Metal Medium to give a pearlescent effect on the tail (often quoted as a BMW car colour) as worn by the actual aircraft. The display bases come from Coastal Kits of Blackpool, UK.

ZG478 didn’t finish its service life looking quite so pretty though as it suffered a collapsed undercarriage during a high angle approach landing into Kandahar on 14th May 2009 and even though the pilot ejected safely the resulting fire spread to the entire aircraft and it was destroyed.