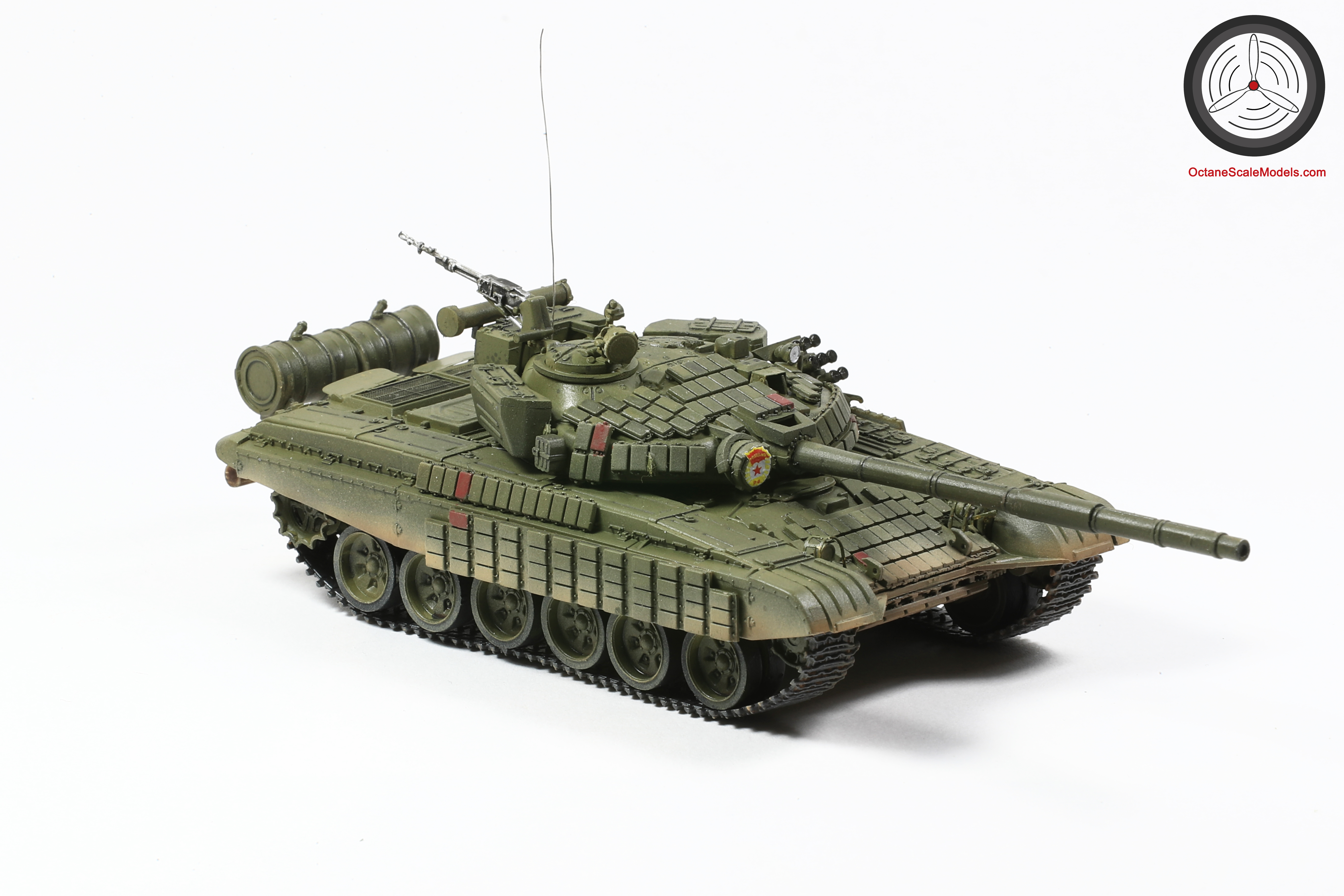 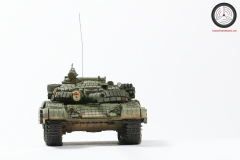 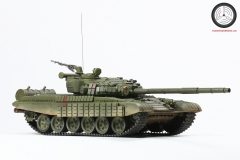 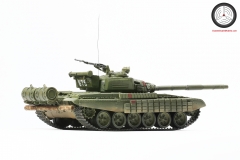 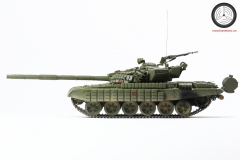 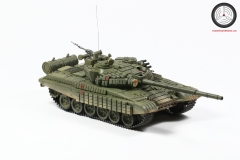 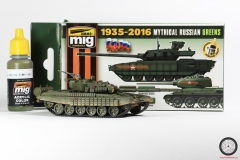 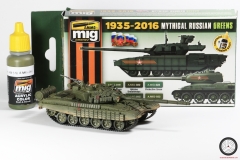 Probably the most widely produced tank in the World with over 20,000 (including licensed and unlicensed copies) produced, the T-72 entered service with the USSR in 1973 after a rapid development due to continuing issues with the T-62.

The T-72 has a bewildering list of variations, the one shown here is a T-72B1 with ERA (Explosive Reactive Armour), this was the version produced for the Russian Army, which benefitted from a new design 125mm main gun with stabilisation, capability to fire the Svir guided missile, improved 840bhp engine and additional forward armour. The ERA used here didn’t last long as was a retrofit addition. It was soon replaced by the Kontact-1 and later Kontact-5 systems.

The model here depicts a T-72B1 as it fought in the 2nd Chechen War in 2000. On 9 August 1999, Islamist fighters from Chechnya infiltrated Russia’s Dagestan region, declaring it an independent state and calling for a jihad until “all unbelievers had been driven out”. On 1 October, Russian troops entered Chechnya. The campaign ended the de facto independence of the Chechen Republic of Ichkeria and restored Russian federal control over the territory. The war lasted until 15 April 2009 withdrew the majority of Russian forces.

The conduct of the forces on both sides of the conflict has drawn international condemnation. American Secretary of State Madeleine Albright noted in her 24 March 2000, speech to the United Nations Commission on Human Rights:
“We cannot ignore the fact that thousands of Chechen civilians have died and more than 200,000 have been driven from their homes. Together with other delegations, we have expressed our alarm at the persistent, credible reports of human rights violations by Russian forces in Chechnya, including extrajudicial killings. There are also reports that Chechen separatists have committed abuses, including the killing of civilians and prisoners…. The war in Chechnya has greatly damaged Russia’s international standing and is isolating Russia from the international community. Russia’s work to repair that damage, both at home and abroad, or its choice to risk further isolating itself, is the most immediate and momentous challenge that Russia faces.”

Due to the nature of the conflict models from this conflict are rarely seen, the manufacturer (Model Collect of China) does not seem to shy away from uncomfortable topics with their range including T-72s from the Syrian Army, Aleppo 2016, the 2nd Chechen War and South Ossetia.

The model itself is beautifully detailed, made from quite soft great plastic and rubber tracks (later boxings have solid multi part tracks), I didn’t have a count up of the sprues but I reckon there must have been about 10 or 11 – each of these is quite small but the kit is modular in design allowing many variants to be produced from the basic tooling.