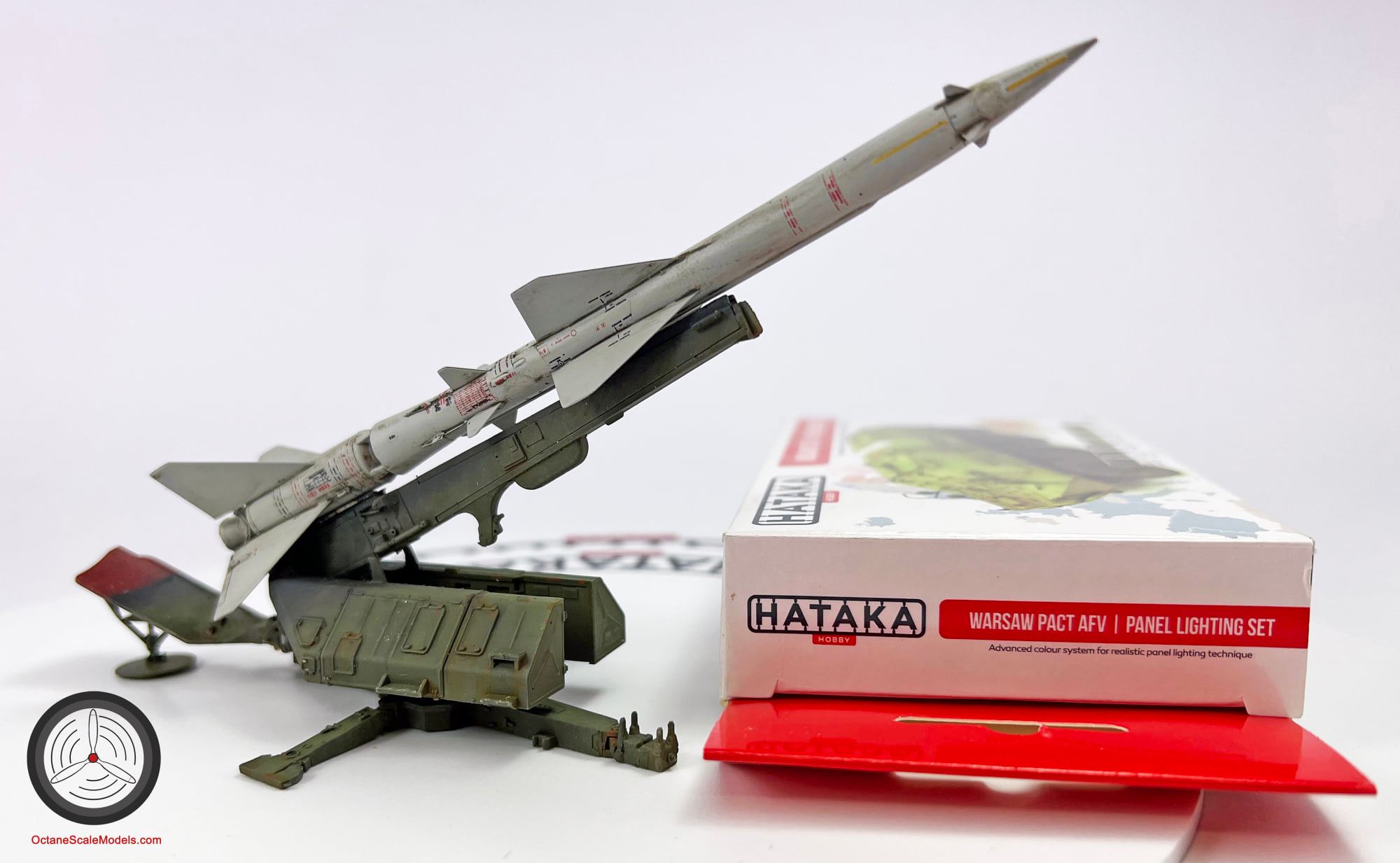 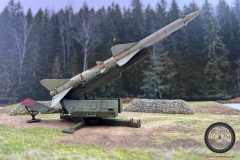 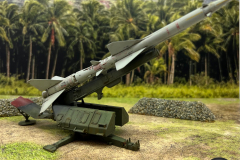 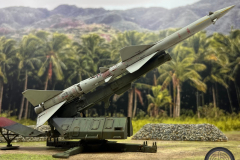 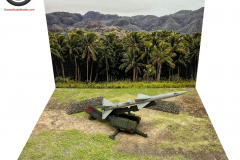 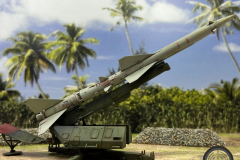 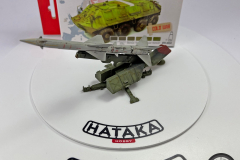 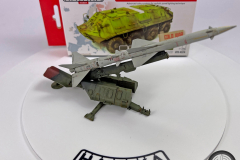 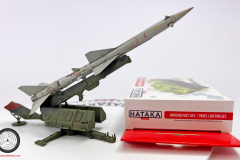 The missile
With the advent of inflight refuelling and the US B-47 and B52 long range bombers in 1953 the Soviet Union embarked on the development of a high-altitude capable surface to air missile to replace its high-altitude anti-aircraft artillery. Just 4 years later, in 1957, the S-72 Dvina made its first appearance at the annual Mayday parade in Moscow and wide-scale deployment of the system started. Mostly the missiles were deployed in batteries of 6 in a hexagon pattern with a controlling “Fan Song” active radar. The missile initially flies for about 5 seconds on a booster stage and then up to 22 second on its own main engine – it will be travelling a Mach 3 at this point.
Its early successes were remarkable. The first recorded kill for the system was a RB-57D Canberra of the Taiwanese Air Force shot down near Beijing in October 1959, in 1960 Gary Powers’ CIA operated U-2C was shot down over Russia and in 1962 another U-2 was down during the Cuban missile crisis, 5 further U-2s flown by Taiwan were also destroyed.
By 1965 during the Vietnam war, the North Vietnamese forces stared to use the system to good effect. This prompted the development of dedicated anti-missile strike missions and aircraft known to this day as Wild Weasel derivatives; technology didn’t stand still, and missiles and jammers and counter jammers were updated on both sides in an ongoing technology battle. The US pilots referred to the missiles as “Flying telegraph poles” due to their 35ft length.
The system was replaced in Russia by the S-300 but still remains in widespread service elsewhere around the world.
The kit
HobbyBoss announced the kit around April 2021 and it arrived in my stash in June; I got around to building it around December

(at the same time as the Hobby Boss U-2). The decals cover a comprehensive set of Cyrillic stencils on the missile for a Russian based system.
The kit itself is a straight-forward build with all parts fitting very well indeed; some clever design hides the vast majority of the seams from view once assembled. The kit builds as a deployed system with the side legs foldable and a hinged section movable that would take the forward transport axle whilst being moved – I wonder if HobbyBoss will do another version with tractor unit etc.?
The paints are from Hataka’s Red Line acrylic range HTK AS-24 Warsaw Pact AFV panel lighting set (they haven’t done this shading set in lacquers yet) sprayed over a grey primer. The paint set box art shown a VERY gaudy BTR80 but don’t let this put you off, the colours are a lot darker than the box artwork

The backgrounds are all from Coastal Kits Display Bases, I left the model in place and quickly switched the backdrops between Jungle, Tropics and European forest to show the system deployed around the world.