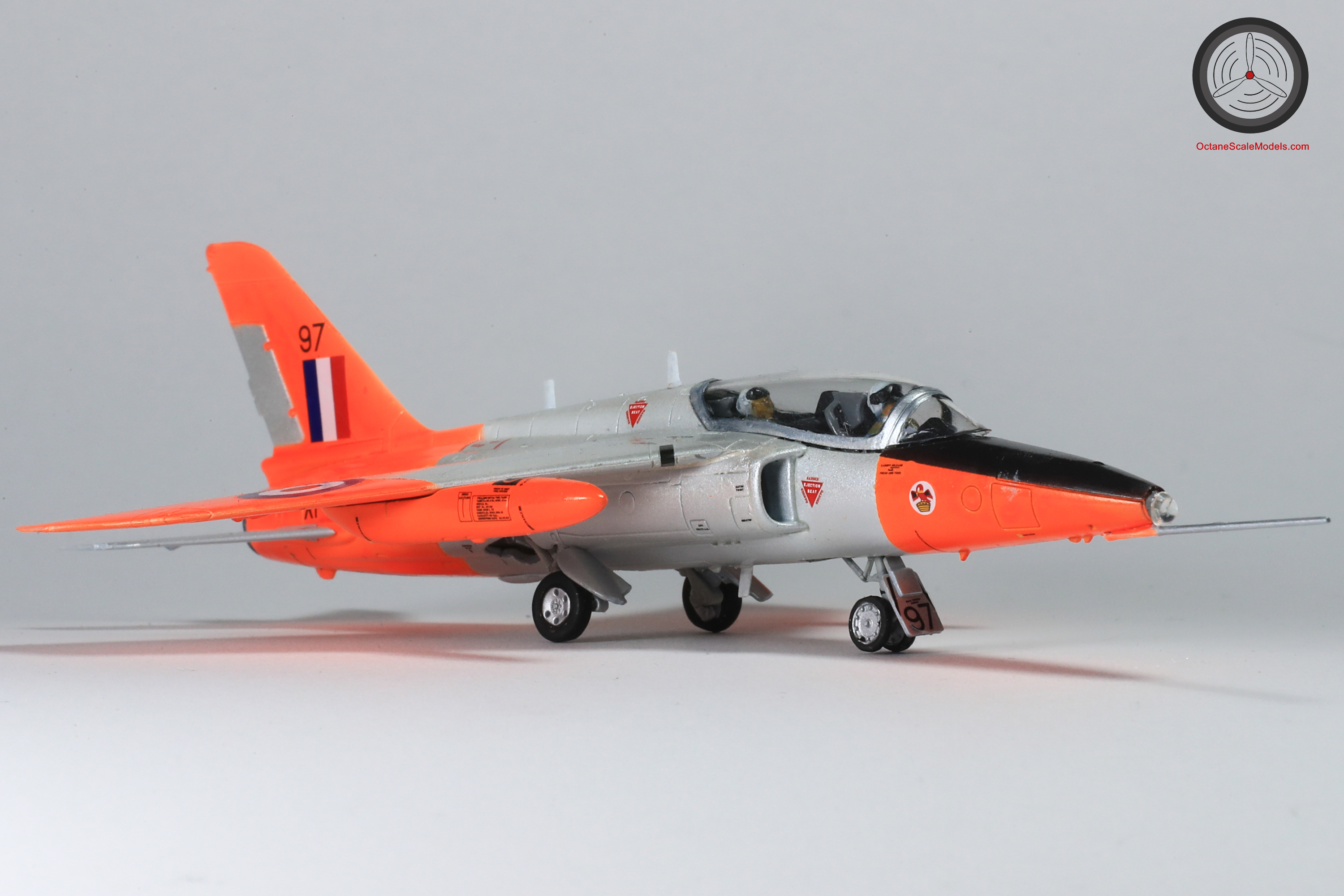 The Folland Gnat entered service with the RAF in 1959 and was a follow on development from the Folland Midge prototype. The Gnat was the RAF’s primary advanced jet trainer for 2 decades, only being replaced by the BAe Hawk in 1979, Famously performing with the RAF Aerobatic teams the Yellow Jacks and the Red Arrows the aircraft became popular with its pilots for it aerobatic capability. In total 105 were delivered to the RAF by the time T1 production ended in 1965.

As well as RAF service the Gnat also first entered service as single seat fighter in Finland but due to environmental issues (and the fact they had early production versions) suffered with poor operational reliability. India also flew the single seat F1 fighter in India were it was referred to as the “Sabre Killer” as most of it’s victories were against the larger and heavier Sabre in the 1971 Indo-Pakistan conflict. India later took over production and made it’s own licensed version as the Hal Ajeet “Unconquerable” – some of the 192 licensed built aircraft later found their way to the Bangladeshi Air Force. 2 further F1s were delivered to Yugoslavia but the order option was never taken up.

The kit was one one of the first of the new generation of “New Tool” Airfix 1:72 models released in 2012 after the company was saved by its purchase by Hornby, replacing the previous 1:72 model which had been doing the rounds since 1964! There is some criticism of the rather deep panel lines but the fit of the parts is excellent (the canopy still needs a small tweak though), be sure to follow the order in the instructions as some areas such as the undercarriage become hard to work on once the fuselage is closed up. After 4 years in the catalogue this boxing of the model is no longer available.

The stunning Day-Glo paint is from the Hataka Set HTK-AS70 – Modern Royal Air Force Paint Set Vol.3 and is the Silver and Black. To get some nice tonal variation the Orange was sprayed over a base coat of yellow with some thinner sprayed areas giving the impression of wear (which the actual aircraft did very quickly).