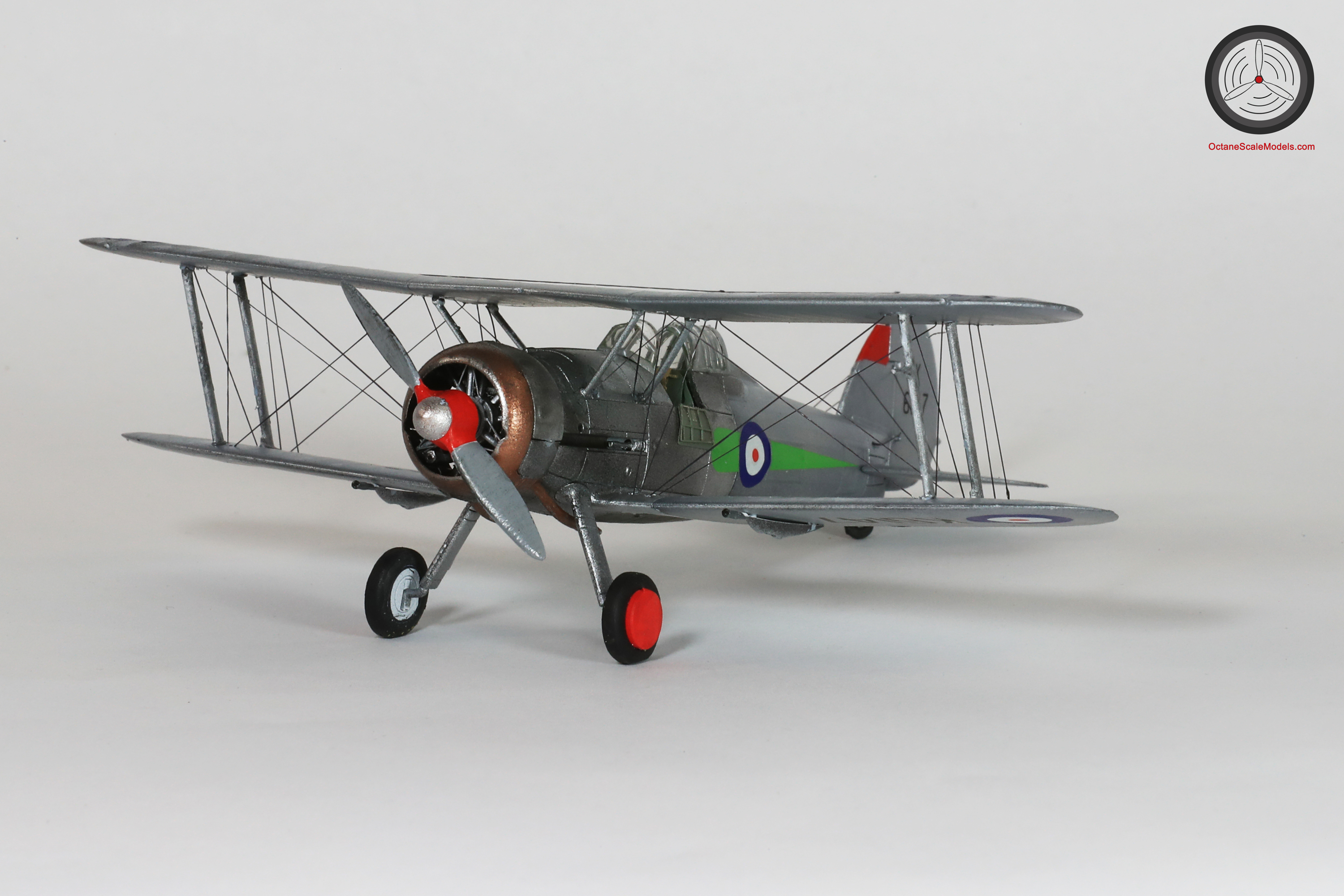 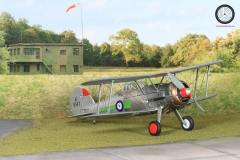 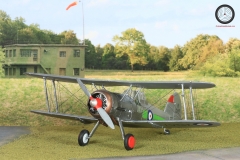 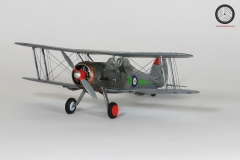 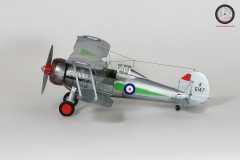 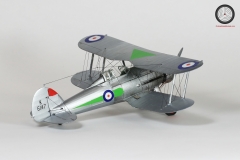 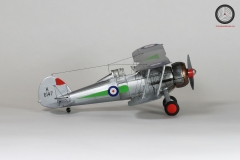 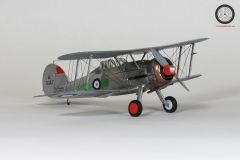 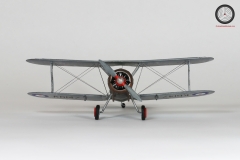 The Gladiator was the result of a private development by Gloster which first flew in 1934. The RAF transferred the prototype onto their registry in April 1935 for testing. In June the same year a specification was issued (F.14/35) which the Gladiator won easily. 23 were initially ordered and the name Gladiator was assigned. In November 1935 a further 180 were ordered.

16 February 1937 saw the 1st production airframe enter RAF service. By March 1937 3 Sqn had received their full allocation and their previous BristolBulldogs were withdrawn from service.

Sadly for the Gladiator, aviation technology was advancing rapidly between the time it was ordered and the time it entered service and it was on the cusp of being obsolete by the time the squadrons got hold of them.

3 Squadron in fact re-equipped with Hurricanes in 1938, but only briefly, as after a string of accidents (one fatal) it was deemed that RAF Kanley wasn’t suitable for the new fighter and 8 of their Gladiators were re-issued. These lasted until the Squadron moved to Biggin Hill and received their Hurricanes again prior to the start of the war in 1939.

The Gladiator did remain in service as a 2nd echelon fighter with a couple of mainland units up to and including the Battle of Britain, it’s most famous posting would be in Malta though where a small contingent defended the island until a relief flight could arrive (more on those Maltese aircraft on another build!).

This is an Airfix kit built up from one of their Starter Sets. It builds as you would expect from the vast majority of the new tool kits – beautifully! The wings are marked with very small indentations to aid drilling the rigging (well most are – a couple are missing) – I used EZ-line as usual for the rigging – it does make the job so much easier.

Paint was from the Vallejo Metal range – I used Chrome for the metal surfaces and Aluminium for the fabric sections with copper around the engine cover.

The decals came from the HUGE Jim Chapman sheet that I picked up at a show earlier in the year, this has so many 3 Sqn option is will keep me busy for a while!

Currently (November 2016) the only Gladiator for sale directly from the Airfix website is the Dogfight Double: The Starter Set, Basic RAF silver version and the Finnish ski equipped aircraft are all currently discontinued!