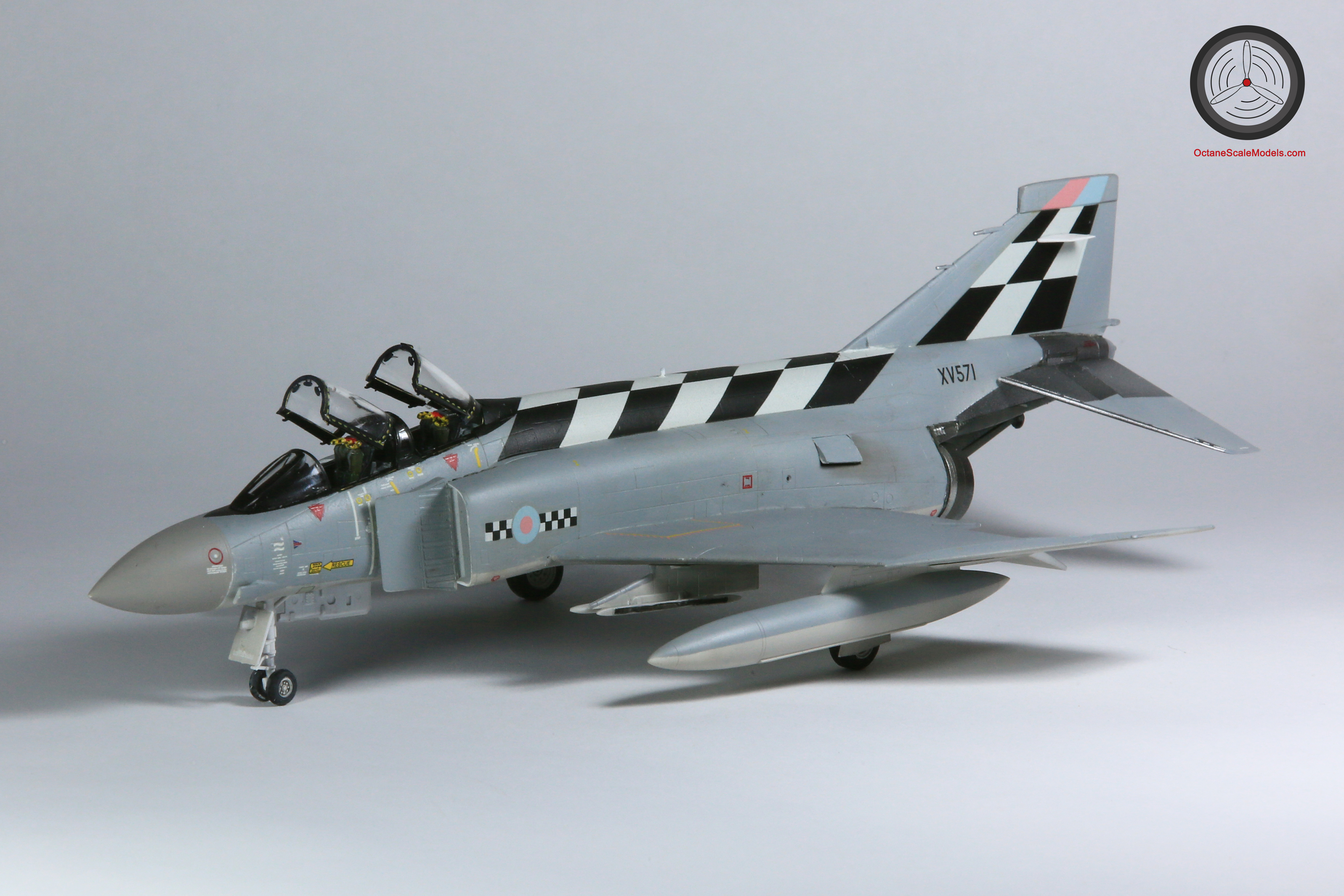 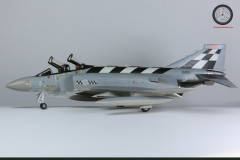 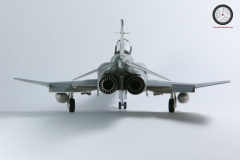 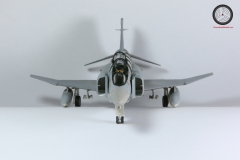 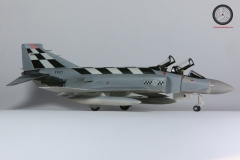 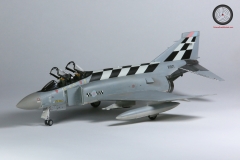 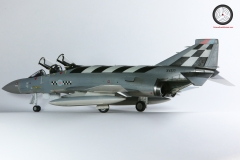 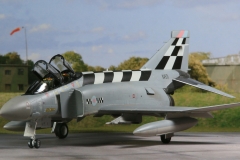 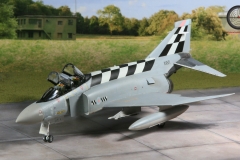 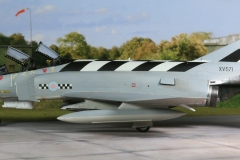 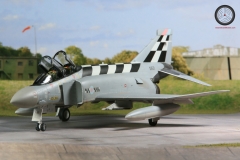 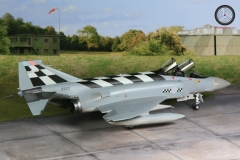 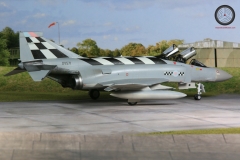 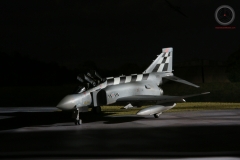 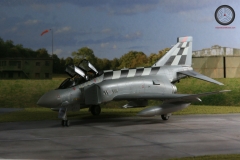 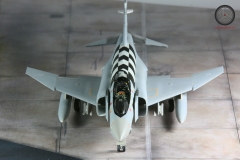 Fujimi 1:72 McDonnell Douglas FG.1 F4 Phantom XV571, 43 Sqn 70th anniversary livery, RAF Leuchars August 1986. Paints by Hataka, decals by ModelDecal.The FG.1 Phantom (otherwise known as the F-4K) entered service with the Royal Navy in 1968 but following the withdrawal from service of the Ark Royal in 1978 and the cancellation of the refit HMS Eagle that would have allowed her to operate the Phantom the navy found itself with a fleet of F4s and nothing to operate them from. The 20 aircraft originally ordered to be destined for the Eagle were delivered straight to the RAF and the Ark Royal’s followed when she left service.

These FG.1 s were transferred to the RAF to operate and interceptors to enhance the Lightning fleet with an aircraft with a longer range, longer endurance and quadruple the missile load.

In 1969, 43 Sqn “The Fighting Cocks” was reformed at RAF Leuchars in Scotland and this aircraft, XV571, was part of the original squadron line up.

In August 1986, and now the CO’s aircraft, it was specially decorated in this eye-catching checkerboard livery to celebrate the squadron’s 70th anniversary. The spine checks didn’t last long however as by the end of the year they had disappeared (the probably got in the way during maintenance), the tail livery stayed however through right though1987 until receiving another special scheme in 1988 (2 parallel lines of checks on the tail).

In 1989 the Phantom was withdrawn from service and replaced by the Tornado.

XV571 met its final fate in April 1992 when it was broken for scrap by Adam’s Scrapyeard at Leuchars.

The model is Finished in Hataka’s Acrylic paints A141 BS Medium Sea Grey, A142 Camouflage (Barley) Grey and A217 BS Light Aircraft Grey – the decals come from a long out of production sheet by ModelDecal.