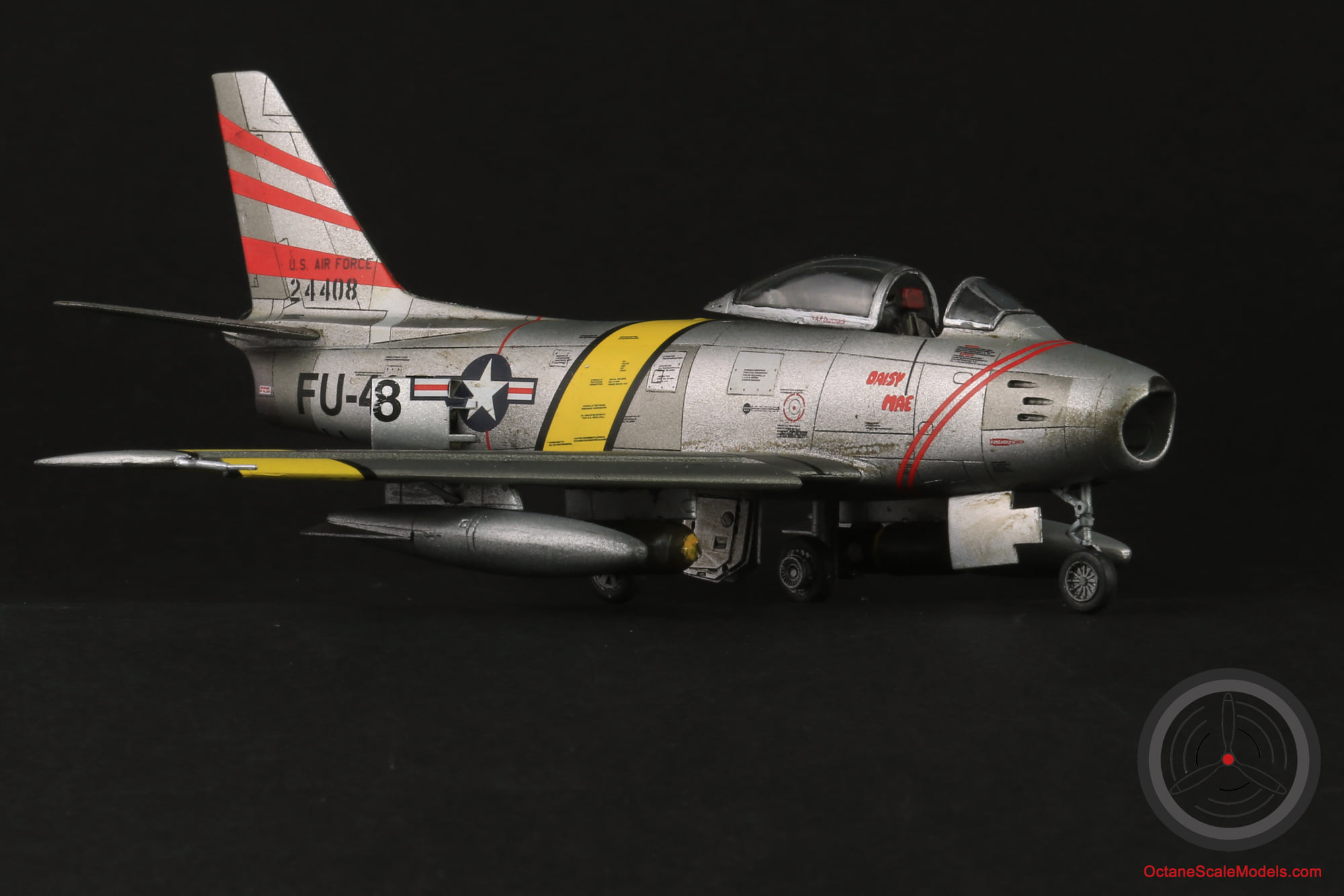 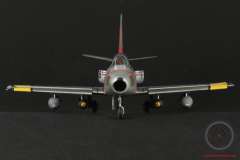 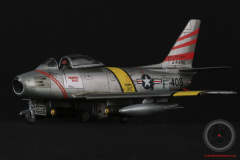 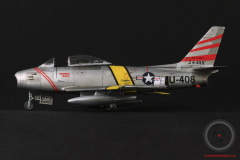 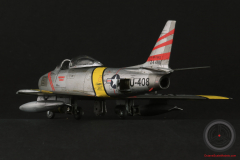 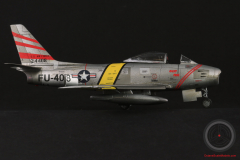 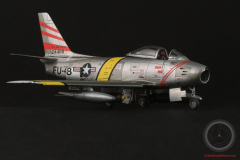 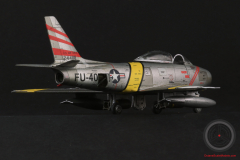 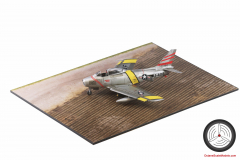 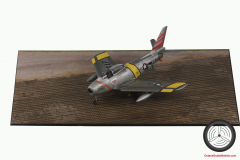 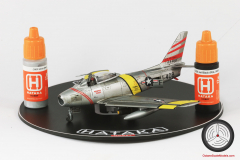 The F-86 Sabre in Korea is better known (and more regularly modelled) as a MiG killer fighter, but it also played another important role in the Korean War; alongside units from the SAAF (South African Air Force) the F-86 was also used as a close support bomber, this model depicts one of those lesser know Sabres.

The Hobbycraft kit dates back to 1988, the tooling was later taken over by Academy in the 1990s who improved the cockpit and canopy detail but otherwise left the kit untouched, don’t let this put you off, it is excellent! Academy now make both this slatted wing version and the “6-3” non-slatted wing so you can accurately chose which version you want to build.

The only modification I made to the kit was to move the tank pylons outboard by a scale 18.5 inches (6.5mm in 1:72) to represent the changes made on the F-86F after build 51-1370 (the kit still uses the pylon spacing from the F-86E). The inner bomb pylons were attached a scale 72 1/4 inches from the centreline, luckily the Airfix F-86 comes with bomb pylons ready to use

The bombs came from the Airfix USAAF WWII bomber resupply set as they were the same spec. The airframe specific decals are Wolfpack who sadly are no more, but FantasyPrintShop in the UK still have most of their range available!

I painted this in Hataka Orange line lacquer silver which actually has a noticeable flake in it; however this flake fades away if you top coat the model on a matte or satin coat which I think more accurately portrays a slightly war-weary theatre line Sabre.