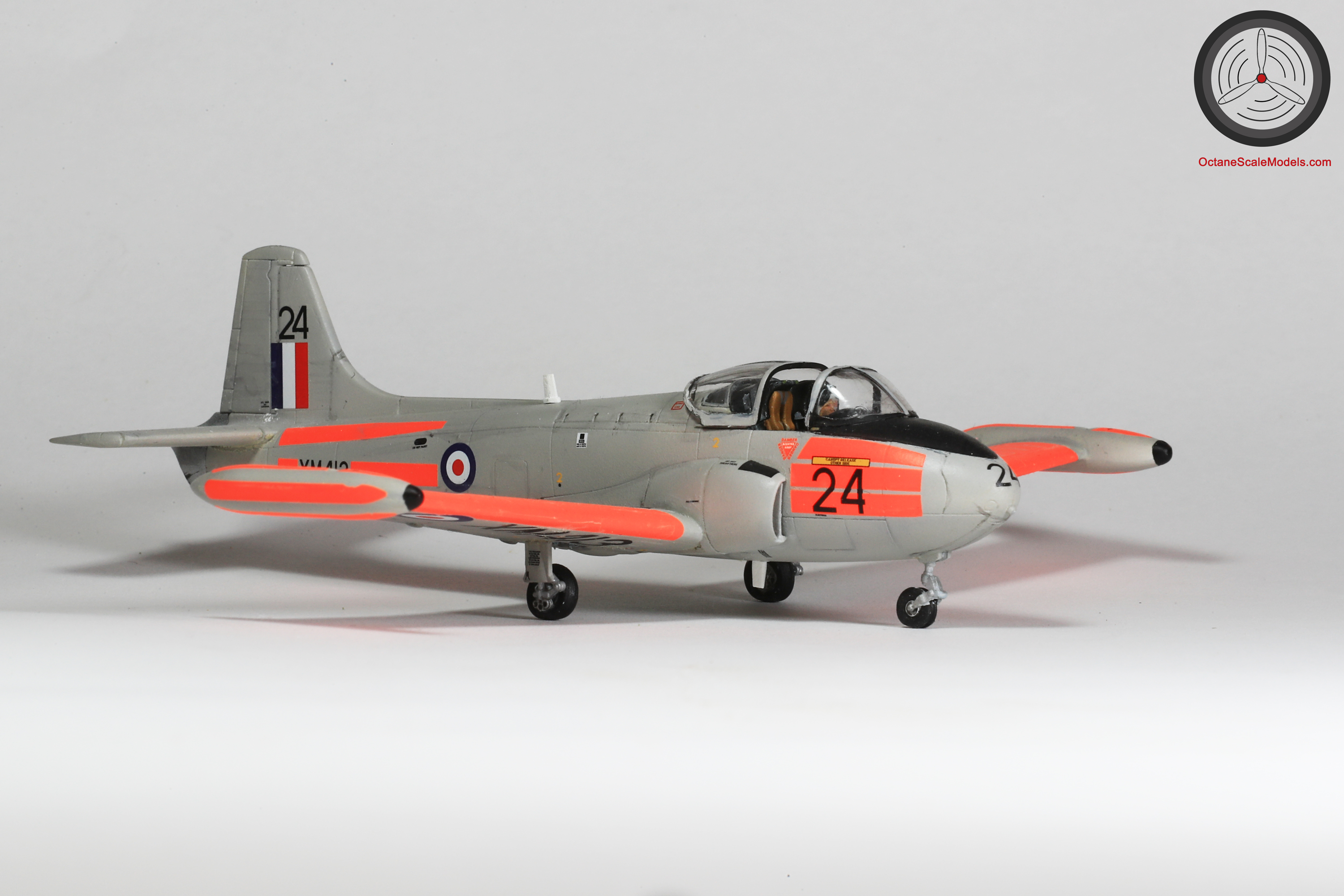 The Jet Provost (or JP as it was commonly referred to) was developed from Percival’s earlier piston engine Provost (the wings, undercarriage and tail were directly ported over to the early prototypes). 1st flying in 1954 a rapid development and testing programme led to the initial 10 T1 pre-production aircraft being produced only a year later in May 1955. Based on feedback from the RAF’s Central Flying School that had tested the T1, the T2 then flew in September of the same year.

June 1957 saw the 1st confirmed order, with the RAF initially taking 40 of the new production version, the T3 – it is this version that the new Airfix kit is based on. In total 201 examples of the T3 were delivered.

The very similar but up-powered T4 followed in 1960 and the final RAF version (T5) came along in 1967 boasting cockpit pressurisation and an further increased power output.

According to Flight International the JP was “the first ab-initio jet trainer to be standardised by any air force.”

As a new tool Airfix kit this builds every bit as well as you would expect. Moulded in their usual light grey slightly soft plastic, if fits like a dream with VERY little work needed to blend seams and joins. I used the kit decals for “Option A” which portrays a Light Aircraft Grey JP3 from 2FTS in 1967. This just required an overall coat of Light Aircraft Grey (I used the Hataka paint for the 1st time on this) as all other colours came from the decal sheet. The cockpit is nicely detailed for the scale, including optional builds on the ejector seats to show them empty with moulded on belts or alternatively with nicely detailed pilot figures (I did one of each as a “1st Jet Solo” build ;). I’m sure PE detail sets will follow very soon!

The only tricky part of the build were the Day-Glo decals which are VERY thick though (only the Day-Glo, the rest of the sheet is of the normal thin high quality) which is probably down to amount of ink they will have needed to get the deep colour density to work. Be prepared to use a lot of decal softener and patience to get them to conform, particularly on the wing leading edges which area single piece wrap over decal!

The Hataka paint performed well though my Iwata Neo thinned with about 10-15% Vallejo thinner, it needed about 3 thin coats to cover the pre-shading so it was only barely noticeable (being a trainer I don’t think it would been allowed to get particularly grimy).

I great little build that produces a nice result straight from the box!